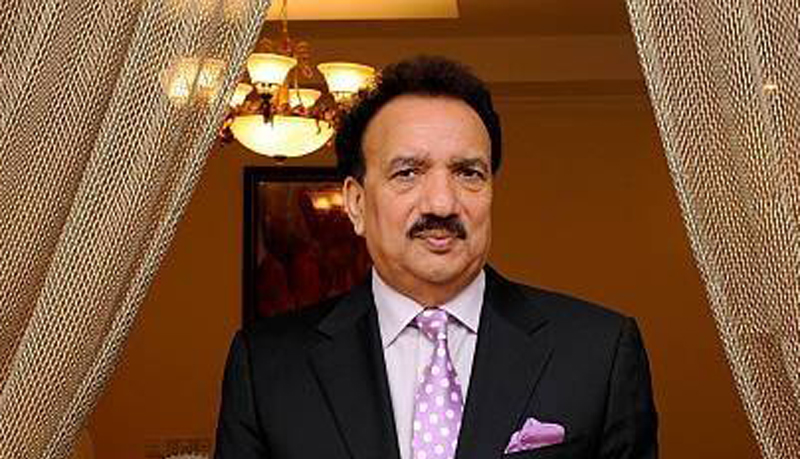 Chairman Institute of Research and Reforms (IRR) has said that the situation worsens in Kabul with every passing day, and anti-Ghani groups are inching towards zero miles of Kabul. Gen Abdul Rashid Dostum left Kabul yesterday. He said that the Haqqani group is re-emerging as the strongest one, and the ethnic card can be dangerous if played at this time.

Rehman Malik has urged the world to play a role in peace in Afghanistan. He said that the Afghan nation has been suffering for ages, from a child to an older man. Children born during the beginning of the war have now become grandparents while continuously suffering tragedies and miseries. He said that since the US has announced the withdrawal of troops without a well-framed strategy, the people of Afghanistan are fearful of a possible eruption of civil war. He said that peace in Afghanistan means peace in Pakistan as we are direct victims of the Afghan-USSR war followed by the growth of the Taliban, Al Qaeda, and Daesh, which have been eroding our system.

He said that currently Taliban control 52 percent of the territory of Afghanistan, and the remaining are partly controlled by both the government and the Taliban. The leadership council of the Taliban, known as the Rahbari Shura, makes decisions for all “political and military affairs” of the Emirate, he added.

Rehman Malik said that the Taliban and various ethnic groups are within 20 to 25 kilometers and Kabul stands encircled today, creating fearful nights for the general public.

Former Interior Minister Rehman Malik said that Taliban members stop every passing car and question their link to the government. If they find any, they hand them over to their courts which is creating unrest. The Taliban believe victory is theirs, and they feel they have won the war against America and are confident that they will have control over the capital within the next few months.

He said that the US does not need any bases in Pakistan or Afghanistan but needs bay permission for warships to cover the range for their cruise missiles to any target in Afghanistan, bringing Afghanistan under fire. The anti-American group will once again start their terrorist activities, and we will be back to square one once again, he apprehended.

The Chairman of IRR said that Pakistan would have to plan its strategy as it is no more a secret that Indian influence has crept into Afghanistan. It is giving $1 billion annually for its lobbies to help them keep a strong foothold. He said that senior leaders of the Northern Alliance are regularly visiting India to seek guidance from the Modi government. He said that a power-sharing arrangement would benefit Afghanistan for every stakeholder, and Pakistan cannot afford to have a pro-Indian, single-faction government.

Rehman emphasized that Pakistan needs to make an effort before the fall of Kabul to avoid the complete control of the government in the hands of this faction as the national government can be neutral to bring peace back to Afghanistan and keep better relations with its neighbors.

He advised that the US must consider working to establish an interim government in Afghanistan representing all factions. He urged that India be kept away from this withdrawal strategy to avoid its negative role. At the same time, Pakistan, China, Russia, and Saudi Arabia may be taken on board as observers of peace.

Malik concluded that the Afghan nation, including the Taliban, must consider getting united to bring peace. All the groups must follow the policy of giving and take to avoid division.