Aamir Khan recalls when Reena Dutta and Ashutosh Gowariker would quarrel over scenes!

* While walking down the memory lane, Aamir during a virtual conversation with a group of journalists to celebrate, shared that he knew that he took up a huge challenge 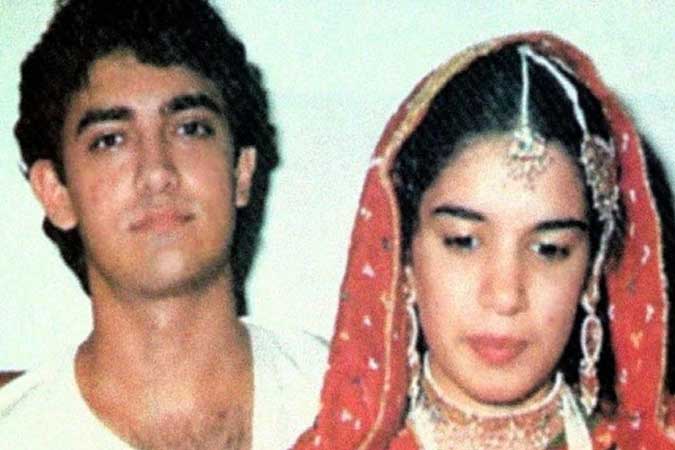 It’s been 20 years since the magnum opus Lagaan released and created waves among fans and critics alike.

The film by Ashutosh Gowariker, marked Aamir Khan’s debut as a producer.

While walking down the memory lane, Aamir during a virtual conversation with a group of journalists to celebrate the 20th anniversary of Lagaan shared that he knew that he took up a huge challenge while making the film.

As the actor has decided to shoot the film in one go and that too with sync sound.

He also shared that his friends from the industry including Karan Johar and Aditya Chopra cautioned him numerous times and asked him to change up his mind as filming the movie on a single schedule will have a worse impact as it may delay the film and will turn out to be a huge mess.

But after proving them wrong, Aamir was happy to share that since then he has always shot his films in a similar manner and even others have started following his pattern.

Sharing one of the scenes from the movie, he told that Ashutosh and his former wife Reena were never on the same page and would always end up quarrelling over something or other and he would act as a mediator between them.

Recalling one of the incidents, he shared, “So that day we had to shoot the scene where the team is practicing and people from other villages have come to watch it. Ashutosh had given a requirement of 500 people or so. In the morning, Ashutosh realised that 500 people were not enough. So he told Reena, ‘This isn’t looking enough I would need more people.’

Reena was like, ‘Now, at the last moment, how will I get more people? You asked for 500 people and I got it. Now, you shoot.’

“So Ashutosh came to me and said, ‘Aamir I feel the number of people is not enough. What should we do?’ And Reena was like ‘I don’t want to hear anything, you all can’t cancel the shoot. You have to shoot.’ I also found that it wasn’t enough people. I said we had to cancel the shoot that day. I got shouted at so badly, but Ashutosh was right,” Aamir recalled. He also shared a piece of advice that one should listen to their instincts and should stick to their vision. He said that if he would have shot the scene with mere 500 people, it wouldn’t have come such a massive hit.

He also shared his happiness and disappointment over not getting Oscars for Lagaan.

Describing his experience, he shared that Lagaan was nominated for the 2002 Academy Awards and it was a great feeling for every Indian. But fans were disappointed when the film couldn’t win the award. He said he was happy that the film at least made it till the nomination as it shows that the film was loved by a large number of people of the foreign language committee and that’s why it has reached #5 position. The film also starred Gracy Singh, Rachel Shelley, Paul Blackthorne, Suhasini Mulay, Kulbhushan Kharbanda, Rajendra Gupta, Raghubir Yadav, Rajesh Vivek, Raj Zutshi, Pradeep Rawat, Akhilendra Mishra, and Daya Shankar Pandey among others.