Information minister says any effort to sabotage PTI to be responded with iron fist; asks all bars to use electronic voting machines 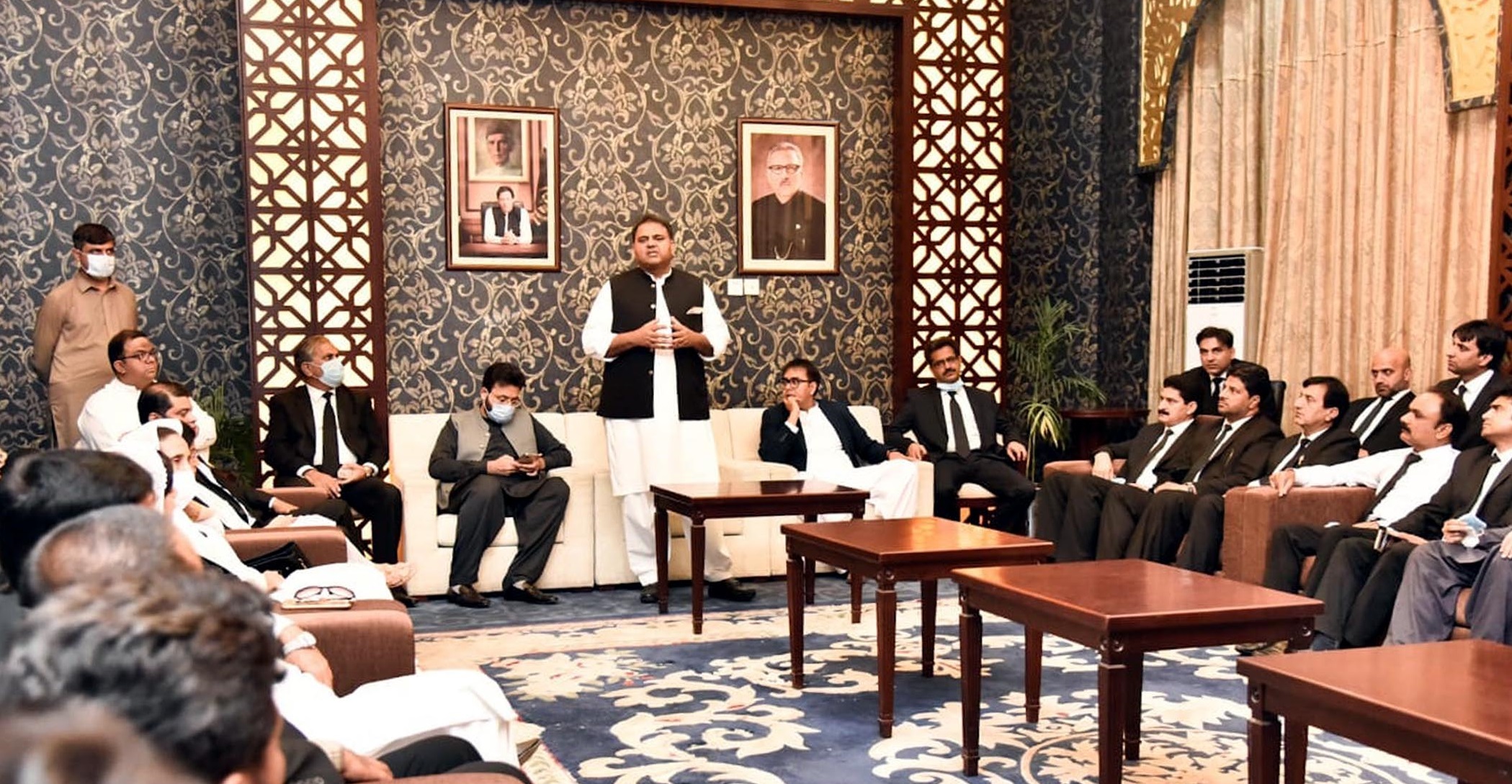 ISLAMABAD: Federal Minister for Information and Broadcasting Chaudhry Fawad Hussain on Wednesday said that the use of modern technology is a need of the hour to ensure transparency in the elections.

Talking to a delegation of the Insaf Lawyers Forum, he said that Rawalpindi, Multan and Punjab bar councils have already expressed their desire to hold their elections through electronic voting machines, however, other bar associations can also take benefit of the same facility and technology.

The minister assured the delegation that the government was well aware of the issues and problems of the Insaf Lawyers Forum and the genuine efforts will be made to resolve those problems. He said the party members follow the vision of Prime Minister Imran Khan and any effort to sabotage the ruling PTI would be responded with an iron fist.

“A proposal is under consideration to provide loan up to one million rupees to young lawyers under the Kamyab Jawan Programme,” the minister said, adding that the State Bank of Pakistan has been consulted in this regard. He said that another proposal was being considered to include lawyers in the Naya Pakistan Housing Scheme.

To a question, he also said that steps were being taken to provide Sehat Sahulat cards to lawyers on priority basis. State Minister for Information and Broadcasting Farrukh Habib, Special Assistant to Prime Minister Shahbaz Gill and Advocate General of Punjab Niazullah Niazi were also present in the meeting.