EVM to be presented before Parliament, political parties by next month: Shibli Faraz 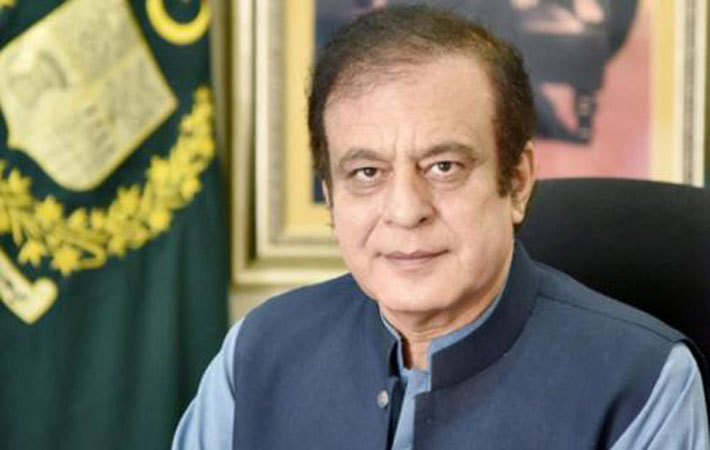 Federal Minister for Science and Technology, Shibli Faraz said that the work on the new Electronic Voting Machine (EVM) will be completed by next month and would be presented before all the political parties, parliament and the general public.

He was talking to the media after a seminar arranged by Pakistan National Accreditation Council (PNAC) to celebrate the World Accreditation Day under the theme “Accreditation; Supporting the Implementation of the Sustainable Development Goals.

The federal minister said that the use of EVM in elections would enable the middle class and the general public to participate in the elections through bringing transparency in results.

The minister hoped that each and every feature of EVM will be approved by the Election Commission of Pakistan (ECP).

To a question, he said that the decision of using EVM in elections of Azad Jammu and Kashmir will be taken by the ECP.

Shibli Faraz said that the whole of Pakistan is looking at the upcoming budget with good expectations. “Now the economy is on track and there is no fear of new taxes in the budget”, he added.

Despite the difficulties faced by the country during the last two years, Prime Minister, Imran Khan and his team remained steadfast which has resulted in improved economic growth and exports.

The minister observed that around 3500-4000 Megawatt of electricity is being wasted in Pakistan due to the faulty electronic devices.

Around 2500 to 3000 megawatts of electricity can be saved through upgrading the fans. “We can save 75 percent of electricity through standardization of electronic devices”, he said.

Addressing the function earlier, the minister stated that all the elections that have taken place in the past have been marred by controversies therefore the decision of introducing technology to eliminate all these problems has been taken.

The election process in India is lengthy but I have never heard of rigging.

The minister said that Pakistan National Accreditation Council (PNAC) can play a vital role in improving the quality of exports of the country.

This institution can contribute to bringing Pakistani products up to international standards. “We have to take Pakistan forward and make the institutions functional through improving their efficiency and quality”.

The minister expressed his commitment to re-activate 17 institutions of his ministry to ensure their contribution for the development of the country.