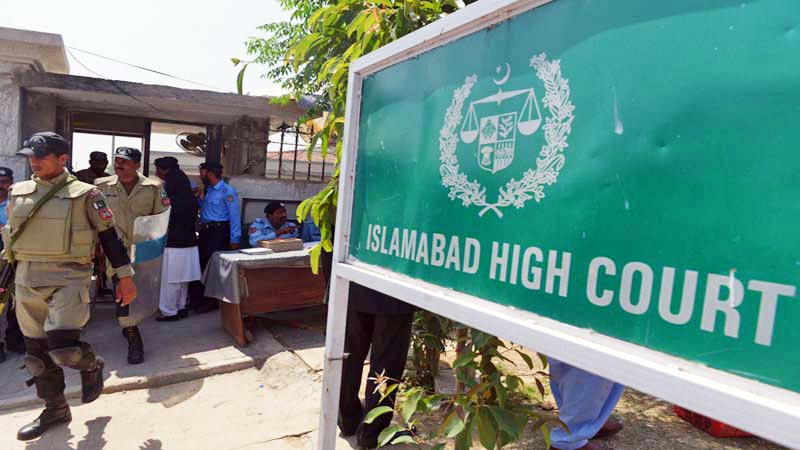 Accepting the post arrest bail applications of former bankers, Hussain Lawai and Taha Raza, in the fake bank accounts case on Tuesday, a division bench of the Islamabad High Court (IHC) asked them to furnish surety bond of one million each against the bail facility.

Taking up bail applications in the matter Tuesday a division bench of the Justices Aamir Farooq and Justice Tariq Mehmood Jahangiri granted the bail to both the accused who were behind the bars since July 06, 2018.

Appearing before the bench , Advocate Ashfaq Naqvi contended that his clients were serving jail for over 33 months saying they were facing extreme hardships and suffering from various health problems after their arrest.

During the proceedings, a member of the bench Justice Aamir Farooq expressed dismay saying as to why the National Accountability Bureau complicates issues. Responding to the court query that when Hussain Lawai and Taha Raza were arrested, the Bureau prosecutor submitted that both the accused persons were apprehended since July 06, 2018. Whereas the prosecutor said while responding to Justice Jahangiri that reference against the accused persons was filed on June 6,2018.

It is pertinent to mention that earlier a three-member bench of the top court had disposed of the bail applications of Hussain and Taha in the fake bank accounts case with directions to the defence counsels to approach the High Court for bail relief on the ground of hardship.