How can 2017 census be approved without addressing Sindh’s concerns, asks Sherry Rehman 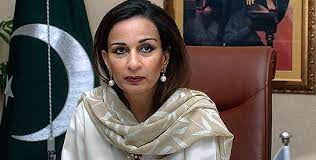 ISLAMABAD: Rejecting the cabinet’s decision to approve the 2017 census, PPP Parliamentary Leader in the Senate, Senator Sherry Rehman said, “According to a UNICEF survey, the average members of a household are at 7.2 for Sindh, whereas the census results put the number of the average household at 5.64. Similarly, Sindh’s population should be over 61 millon, while the official result says the population is just fewer than 48 million people. Surely we have a problem here which needs to be rectified”.

“Despite Sindh’s grievances over the 2017 census that its population was undercounted, the CCI approved it & the cabinet committee unilaterally finalized the report which was then approved by the Federal government. The Sindh government was not even called for a consultation. How can such a major decision be taken without addressing Sindh’s concerns?” she questioned.

She added, “CM Sindh has written to the PM, Senate Chairman and the National Assembly speaker calling for a joint session of parliament to discuss the issue. Why is it being delayed? Is it not a matter of national importance? Our Constitution guarantees us this right under Article 154 (7) which states that if the Federal Government or a Provincial Government is dissatisfied with a decision of the council, it may refer the matter to Majlis-e-Shoora (parliament) in a joint sitting whose decision in this behalf shall be final. We believe in the supremacy of the parliament and in this situation, it is only the parliament which can take the final decision.”

In addition, she expressed, “It is rather unfortunate that the PM endorsed the committee’s decision instead of holding an inquiry into this matter. What’s even more shocking is that during the voting, the PM chose not to take the vote of the three federal ministers who were present at the meeting. What is the meaning of this? It’s a shame that Sindh is being treated like this by the federal government”.

“How can a fraud like this be approved by the CCI? This discriminatory attitude towards Sindh is not hidden from anyone. Our numbers and representation matters. The government should ensure that Sindh’s grievances are resolved and a joint session of the parliament is called on an urgent basis as it is a very important issue which needs attention,” concluded Vice President PPPP Senator Sherry Rehman.