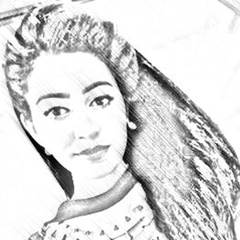 Before I begin to explain the necessity of a census, it is important to know what is meant by it. There are different types of census, i.e., Census of Governments, Decennial Census (happening every ten years), Economic Census (started in 1810) etc. The term “census” is usually connected with national population and housing censuses whereas other common censuses include the census of agriculture, traditional culture, business, supplies, and traffic. According to Glossary of Statistical Terms, “A population census is the total process of collecting, compiling, evaluating, analyzing and publishing or otherwise disseminating demographic, economic and social data pertaining, at a specified time, to all persons in a country or in a well delimited part of a country”. https://stats.oecd.org/glossary/detail.asp?ID=2082

According to L. Kish, “A population census commonly refers to the complete count of the persons and housing units found in a country on a fixed date”. It is considered the largest and most reliable form of statistical data collection by governments that helps drive the state policy on education, health and housing requirements etc. In most countries, including India and Bangladesh, the census takes place decennially unlike Pakistan where it has been delayed up to seventeen years (1981-1998) or even nineteen years (1998-2017).

Thankfully, amid the havocs of COVID-19, the Council of Common Interests (CCI), presided over by the Prime Minister Imran Khan on April 12, 2021, decided to take all the stakeholders on board for holding the new census discounting United Nations Population Fund (UNFPA) prediction that the COVID-19 pandemic will threaten the successful conduct of censuses of population and housing in many countries through delays and interruptions or complete cancellation of census projects. Thus, domestic and donour financing for census may be diverted to address COVID-19 leaving census without crucial funds. Consequently, several countries, such as, Brazil, Kyrgyzstan, Seychelles and Panama have already postponed the census and many others are expected to follow suit.

Despite the socioeconomic merits of the census, it is likely to open a new political Pandora’s box on account of its impacts on the division of resources nationwide as we had witnessed in 2017 in Karachi that protested for receiving a step-motherly treatment because of the flawed census results from both the federal and the Sindh governments.

The new cenus is likely to open a new political Pandora’s box on account of the impact on division of nationwide resources, as we witnessed in 2017 in Karachi

With the infrastructure in a shamble, absence of a civilized public transport system and scarcity of water to meet the needs of its large population, incorrect figures will only add to Karachi’s despairs. The MQM-P pointed at a serious discrepancy between the number of CNICs issued from Karachi, that is, 25 millions and the officially recorded number of the population of Sindh’s capital, that is, 16 million. The federal government must take a serious notice of such concerns as flawed data can put serious dents to the future plans.

While the mechanics of the census need to be fixed in the long term, perhaps an audit of five percent of the 2017 census blocks randomly — as demanded by the PPP — could help address the concerns. The census, with its indisputable significance, should be transparent and free of accusations of any regional or ethnic bias or any shadows of foul play because allocations for the NFC Award, the delimitation of constituencies and the number of seats in the parliament are all dependent on population figures. Hence, accusations of an improper count cannot be simply brushed aside.

Instead of playing politics, all parties, especially the ruling coalition, must come up with a consensus over how to move forward and address the issues effectively. Sindh may demand a greater share of resources and representation in the parliament on account of its bigger number and face the same demands from its own urban areas. Proper tackling of these issues is paramount for a strengthened federation.

Keeping in view the controversies over the 2017 census results, the federal cabinet on February 11, 2020 decided to constitute a ministers’ committee for recommendations to finalize the results. The committee recommended the approval of the results and the conduct of the next census early by adopting modern technologies. The federal cabinet on Dec 22, 2020 approved the committee’s recommendations to forward them to the CCI for final consideration that approved the final results of census-2017 in its meeting on Monday according to the Federal Minister for Planning and Development Asad Umar. The chief ministers of Punjab, Khyber Pakhtunkhwa and Baluchistan voted in favour of holding a consensus while the Chief Minister Sindh voted against the approval.

The process of census spans almost eighteen months and is likely to be completed by the start of 2023 if it starts by this October as decided by CCI. As the next general elections are expected to be held by or before 12 October 2023, the census results will be of paramount significance as regards the socio-economic conditions, maintaining law and order and fair distribution of facilities.

The writer is a host and lecturer 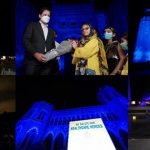