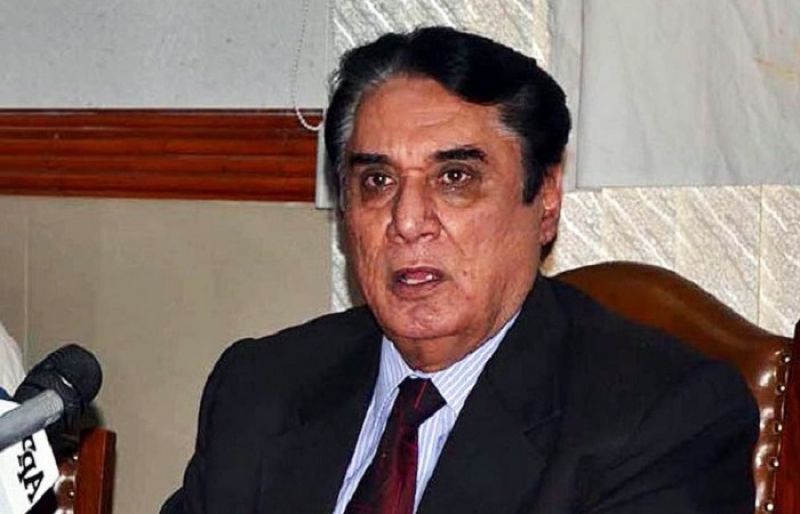 Addressing the United Nations General Assembly Special Session against Corruption being held from June 2-4, he said the corruption was estimated to cost the world at least USD 2.6 trillion annually, approximately 5 percent of the global gross domestic product (GDP).

He said the High-Level Panel on Financial Accountability, Transparency, and Integrity has revealed that the flight of these vast resources from the developing countries is a principal cause of their underdevelopment, poverty, inequality, and political instability.

The report says trillions of dollars flow out of the developing countries each year due to political and official corruption, as well as crime and tax evasion. Indeed seven trillion dollars in stolen assets are parked in the financial “heaven” countries and jurisdictions.

He said Pakistan had established a comprehensive legal and institutional framework for controlling and combating corruption, besides improving institutional capacity and aligning domestic laws with international norms and standards embodied in the UNCAC.

“We are also pleased to note increasing understanding for the role of parliaments in addressing corruption in all its manifestations. Pakistan’s resolution on the subject was adopted with a consensus by the 8th Conference of Parties to UNCAC in its meeting held in Abu Dhabi in December 2019.”

He appreciated the General Assembly’s timely decision to put special focus on the problem of corruption through this special session.

“ We sincerely hope that their discussions and the political declaration to be adopted during this session will instill a new vigor to the global “fight against corruption”.

He said strengthening international cooperation is imperative to prosecute the corrupt and apply effective, proportionate, and dissuasive penalties and recover criminal assets.

Fighting corruption is a fundamental precondition for upholding the rule of law, peace, and security, achieving sustainable development, and respect for human rights and fundamental freedoms.
It is also an integral part of the international commitment to end poverty, curb illicit financial flows and ensure that all people enjoy peace and prosperity.

Pakistan is pleased to note the increasing significance of the United Nations Convention against Corruption in addressing the common challenge of corruption at the global level, he said.

“We continue to attach high priority to the fight against corruption. We believe that corruption should be prevented in all its forms, and culture of rejection of corrupt practices should be fostered at all levels.”

He said the lack of political will, procedural complexities, bureaucratic hurdles, and legal barriers, as well as the high cost of asset recovery, continue to impede effective international cooperation in the area of asset recovery.

The management, administration, and utilization of the returned assets are the right and responsibilities of the requesting state. The recovered assets should be returned sans conditionalities and in full respect of the sovereign rights of the states of origin.

He urged the member states to actively explore innovative ideas and initiatives to strengthen the existing international framework to prevent corruption and to end impunity.

The special session provides an opportunity for all to explore and develop these ideas, including the immediate return of stolen assets; penalties on financial institutions; disclosure of beneficial

He urged the General Assembly to consider establishing an open-ended intergovernmental working group to prepare concrete and technical proposals for supplementary frameworks to address gaps in the UNCAC for ensuring the swift return of stolen assets. The proposals of this working group should then be presented to the UNCAC Conference of State Parties for consideration.