Shagufta Kausar and Shafqat Emanuel, the couple that cheated death in blasphemy case 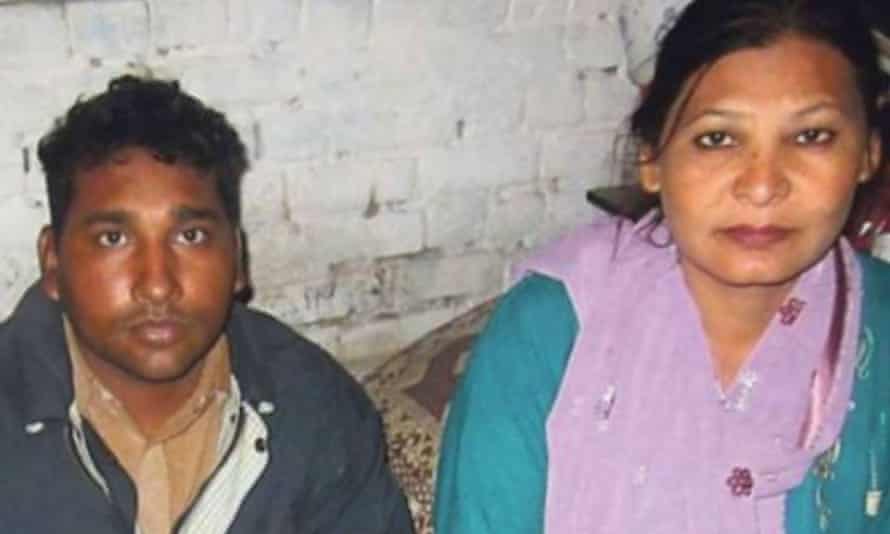 Shagufta Kausar and Shafqat Emanuel, the couple accused of blasphemy and reportedly passing derogatory comments about Islam have been acquitted and freed after being jailed for seven years.

The poor Christian family hails from Gojra, a city in the Punjab district of Pakistan. Shagufta and Shafqat, a married couple in their thirties have four children together.  Shafqat is paralysed from the waist down, having fractured his spine in an accident in 2004.

The lady supported the family by working as a cleaner at a Christian school. Since 2014, the couple had been jailed separately with Shafqat Emmanuel in Faisalabad and Shagufta Kausar in Multan’s Women Prison – the only jail for females in Punjab.

Shagufta’s brother, Joseph, told the BBC last year that their children “cry all the time and miss their parents, they want to see them again.”

The Lahore High Court convicted and sentenced to death the couple in April 2014 for sending ‘blasphemous’ texts to a local cleric – under a two-member bench, comprising Justice Syed Shahbaz Ali Rizvi and Justice Tariq Saleem Sheikh in a short ruling.

The defense lawyer, Saif al-Malook, told BBC on Thursday that the court had found the evidence presented by the prosecution “defective”. He also said that according to the Lahore High Court, the prosecution could not prove that the SIM card had anything to do with the couple.

“I am very happy that we were able to get the release of this couple who are some of the most helpless people in our society,” he told the news agency, adding that he expected the husband and wife would be freed next week after the court’s orders had been formally issued.