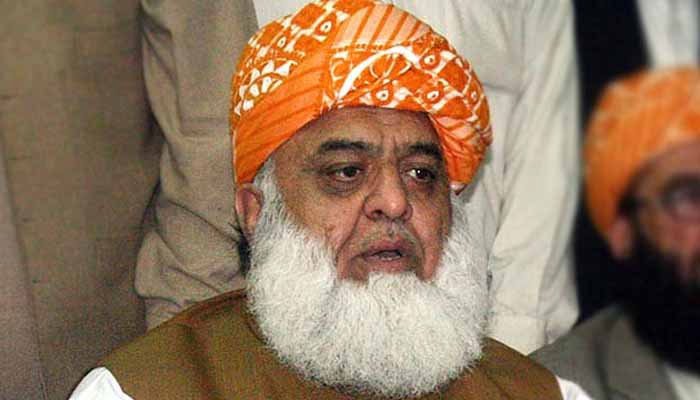 LAHORE: In a veiled reference to the PPP and ANP for quitting the opposition alliance, Pakistan Democratic Movement President Maulana Fazlur Rehman said those disembarking the train mistakenly must reconsider their decision.

He was talking to the media during his visit to the families of the deceased leaders of his party Jamiat Ulema-e-Islam-F, Muhammad Idrees Uppal, Hafiz Abubakar Sheikh and Hafiz Riaz Durrani. He maintained: “PDM’s journey towards the destination of complete restoration of the rule of law and constitution is continuing,” he said, adding that it was no matter that “some travellers had disembarked from the vehicle mistakenly”. He further said, “There are times in a journey when a vehicle slows down or stops for a while, and some travellers leave it mistakenly. We only ask those who made a mistake of leaving the PDM caravan that they should reconsider their decision and continue to be part of the great struggle for ensuring the supremacy of law and constitution in the country,” he said.

Those leaving the PDM are not the target of the alliance, he said, adding that the alliance will move forward with the power of the masses to ensure supremacy of the law and constitution. He reiterated that PDM’s struggle would continue till it got rid of the “illegitimate, corrupt and the biggest failure” government in the country’s history.