Sports can prove catalyst for change in Pakistan

Sports play a role in our culture and our personal lives even if we aren’t fans of the game. From the local level to international arena, sports have pushed boundaries, sparked discussion and even created progress for gender and racial equality. The intersection of public policy and sports forces us to re-examine our values. Sports have the power to lead the way for a different and more equitable future. Through sports individuals can be empowered to stand up against inequality and become leaders in their community. Sports help females to have the confidence that they could compete with the males on a level playing field. Through innovative training and skills sessions, sports embed gender messages throughout, challenging behaviours and attitudes and celebrating equality. Through sports, communities are able to reach the next generation of leaders, of teachers and of policy makers. Sports open up a space in which to embed educational messaging and wider social development issues.

Sports are also the largest peacetime event in the world, with coming together for a festival of youth and culture. Sports, as universal language, can be powerful vehicle to promote peace, tolerance and understanding. Through their power to bring people together across boundaries, cultures and religions, sports can promote tolerance and reconciliation. They have the power to transform host cities and effect deep-rooted change in the economy, culture, infrastructure, environment, image and urban development of a host city and country. Sports are like common thread that binds people together and helps in developing a feeling of patriotism and unity that can counter regional factionalism and sinister design of various separatist forces. Above all, sports help in elevating qualities like discipline, determination, teamwork and a passion for fitness in the psyche of a nation. Nelson Mandela once said: “Sport has the power to change the world. It has the power to inspire. It has the power to unite people in a way that little else does. It speaks to youth in a language they understand. Sport can create hope where once there was only despair. It is more powerful than government in breaking down racial barriers.”

Since independence Pakistan sports are on the map. International sports performances by Pakistan in the last seven decades have much to commend them. Arguably, Pakistan’s performances in many sports have inspired many countries to emulation to future achievements. But the last two decades have been a different story altogether. Over the years, Pakistan sports have gone to the dogs. Pakistan’s performance in international sports is no longer consistent with its population and economic bases. In late 1950s and early 1960s, we were amongst the top five sporting nations in Asia and have now come down to the lowest. We used to excel in major sports. Now we are not even amongst the first 30 out of 45 participating countries in the Asian Games.

What more depressing is that sports activities in schools, colleges and universities have touched an all-time low because of diminishing sports fields, poor systems and lack of interest in sports by young generation that have many other options to keep them occupied. But perhaps the worst aspect of this development is that educational administrators no longer feel that sports are an integral part of all decent educational systems. Some even think it is a waste of time. This is one of the main reasons why student representation in our national sports teams is becoming negligible compared to the past when most of our national teams, especially hockey and cricket, thrived on student and university representation. This particular flaw in our educational system is one of the major causes of intolerance and lack of patience in our society

Anybody outside the country who spent time watching the last Olympic Games — Rio Olympics 2016 in Brazil– might not realise that sports are played in Pakistan. Pakistan, one of the most populous nations, failed to win a medal in Rio de Janeiro. This isn’t the performance of a country that values sports. The sum total of Pakistan’s Olympics achievement since 1947 is ten medals. Eight in hockey, including three golds, one each in wrestling and boxing. Pakistan haven’t won an medal for the last 24 years. The fact is that Pakistan continues to nosedive further as time passes and one isn’t even sure if we have hit our lowest point yet. Like the Olympics and hockey, squash has nothing to showcase since the 1990s. The older generation still talks and recall with great delight the spellbinding achievements of the past while the present generation only has tales of the past to live on.

It is very unfortunate that cricket, over the years, has overshadowed all other sports in the country including our national game – field hockey. Popularity of cricket, especially among the younger generation, has prevented the growth of other sports activities. Other major factors for failure to achieve continuous prominence on the international sports scene are petty politics, lack of funds and, above all, sports not a priority for the government. Pursuit and achievement of excellence in sport is costly in terms of time, effort, dedication and monetary resources. While an individual may be willing to invest his/her personal resources of time, effort and dedication to excel in a given sport, the necessary financial resources may not be available to the average Pakistani.

In several countries national and local governments provide huge funds in support of the pursuit of excellence in sport. The Pakistan government also provides such ‘funds’ for the promotion of sport and sporting excellence. Unfortunately, the amounts are so meagre that they hardly even cover the expense of national sports teams travelling abroad. What more depressing is that sports activities in schools, colleges and universities have touched an all-time low because of diminishing sports fields, poor systems and lack of interest in sports by young generation that have many other options to keep them occupied. But perhaps the worst aspect of this development is that educational administrators no longer feel that sports are an integral part of all decent educational systems. Some even think it is a waste of time. This is one of the main reasons why student representation in our national sports teams is becoming negligible compared to the past when most of our national teams, especially hockey and cricket thrived on student and university representation. This particular flaw in our educational system is one of the major causes of intolerance and lack of patience in our society.

Modern sports structures all over the world have sports institutes as integral components of their systems. It is unfortunate that after 74 years of independence we have not been able to establish one. There are a variety of reasons for this vital missing link in our sports. People at the helm of affairs either do not realise the importance of this institution or hesitate simply because they do not know how to go about it. It is regrettable that Pakistan’s sports budget is the lowest in South Asia, less than that of Bangladesh, Sri Lanka and even Afghanistan. Governments all over the world keep sports and education as their top priority, build infrastructure, hold talent development programmes for players and promote medical sciences in sports to compete the world of sports. India spends billions of dollars on sports, but in Pakistan it is totally opposite because sports are not our priority. Government officials and private sector are not interested in investing in anything other than cricket. Patronising only cricket and ignoring other sports is very unfair. Cricket does not have the kind of global competition that other sports have as its playing is limited to a handful of largely Commonwealth countries.

Sports infrastructure and development have been given less priority in the past, and, sadly, it is still not the priority of Prime Minister Imran Khan who himself was a top notch athlete, and his government. There has been no sports development since he took over the reins of the country. The subject of sports is now a science and this is the starting point that everybody associated with sports in Pakistan needs to accept. There are certain imperatives and they need to be understood clearly. We also need to drill home the importance of sports in our national priorities: how sports provide the only recreational oxygen for masses, educate tolerance, improve economy tremendously, and are the only uniting national gel at this critical juncture in our history. But, alas, we have miserably failed to use sports as catalyst for change in our society! 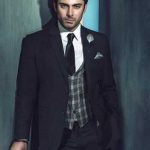 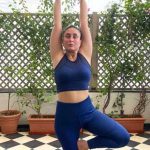 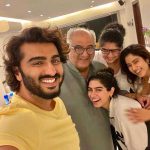 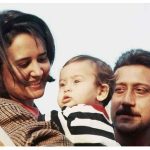 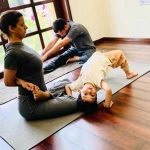