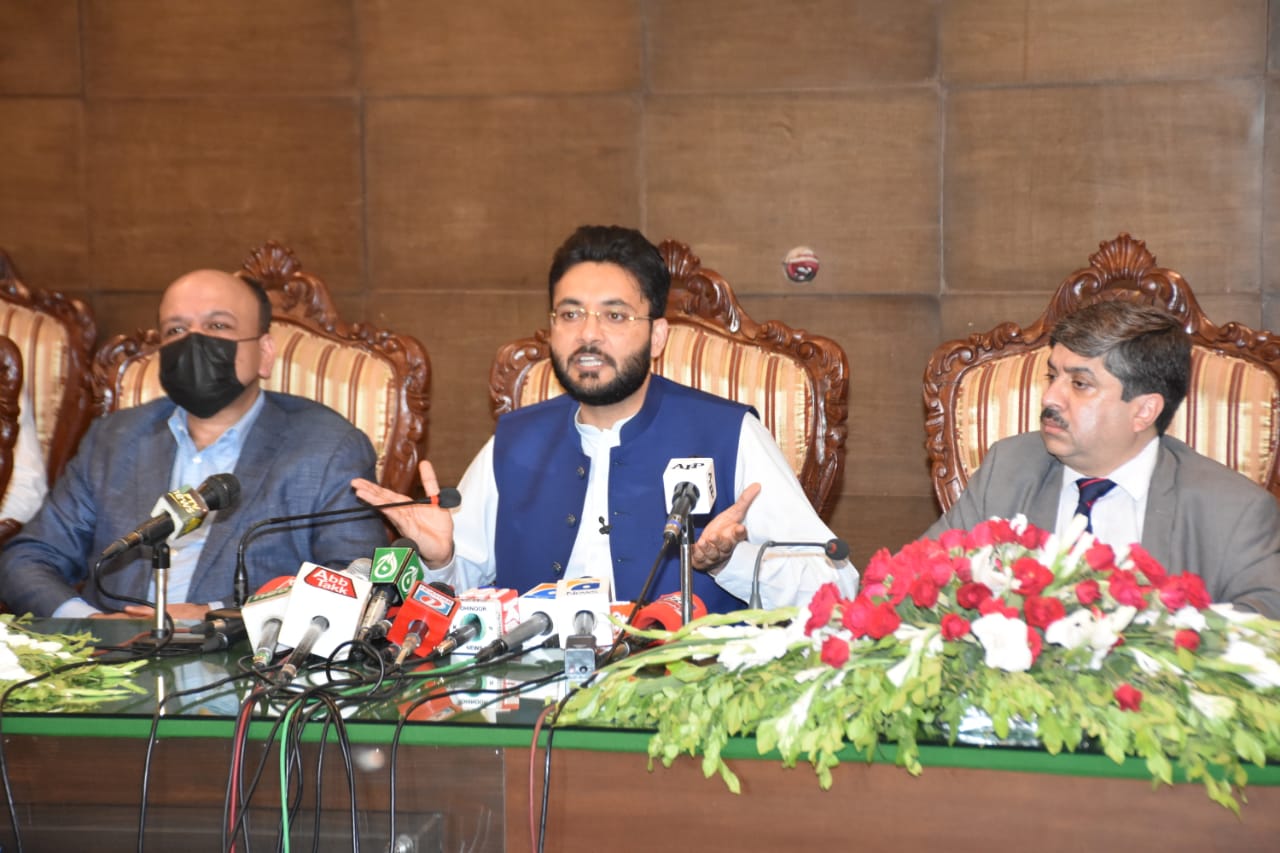 FAISALABAD: Minister of State for Information & Broadcasting Farrukh Habib has said the government is fully committed to expediting the growth of commerce to the maximum possible level by using all available means. He assured full support and enabling the environment to increase exports, besides creating sustainable jobs to alleviate poverty.
Addressing the members of the Pakistan Textile Exporters Association (PTEA) here on Friday, Farrukh Habib said the economic revolution in the country can only be possible through trade promotion and for this reason, all possible support to the export sector is being extended to achieve optimum growth. The textile industry is the backbone of the economy and remedial measures to overcome the challenges are being taken to uplift this sector. He said that overseas Pakistanis had full trust in the leadership of Prime Minister Imran Khan, adding: “This is the reason that they are now sending money through banking channels. During the first 10 months of the current fiscal year, an amount of $24 billion has already been received,” he said.
With regard to the government’s economic achievements, he said that country’s exports surged by 13.5 percent, while the large-scale manufacturing grew by nine percent. Likewise, the foreign exchange reserves had reached $23 billion. He hoped that the exports would reach $26 billion by the end of the current fiscal year as it was expected that the export of textile items would alone contribute between $15-16 billion.
With support to the farmers, coupled with an increase in minimum support price had resulted in bumper crops of rice & wheat. The government had been giving special attention to food security as the prime minister is very concerned in that regard.
Earlier, PETA Chairman Muhammad Ahmad, in his welcome address, commended the government’s policies and Prime Minister Imran Khan’s revolutionary steps to enhance exports. He said that the confidence of the business community has been restored as a result of the government’s prudent economic policies, which have accelerated the economic process in the country. As a result of the government’s growth-led initiatives especially market-based flexible exchange rate, energy package for export sectors, timely refund payments, and availability of LTFF and TERF at subsidized rates, the textile export sector has come on track, and our exports have witnessed positive growth, he said. The textile value chain has created 50000 new job opportunities; whereas 100 billion rupees investment is in pipeline which will further create 100000 more job opportunities.
Appreciating the exemplary initiative of liquidation of long outstanding refunds of exporters, PETA’s patron-in-chief Khurram Mukhtar said that this has released the financial stress for exporters. Pakistan can become an economic giant by utilizing its trade and investment potential.
By addressing the challenges faced by export sectors especially the textile export industry, we can achieve much-needed economic growth. He said that we are the country having GSP+ status for preferential trade but have not used the opportunity very well. Pakistan must actively exploit the openings of GSP+ status. Textile exporters stand ready to fulfill the Premier’s vision of economic prosperity through enhanced exports as the textile value chain has envisioned to invest 2 billion dollars to generate 200,000 new jobs and achieve sizable growth.