Remembering Rani The Dancing Queen on her death anniversary 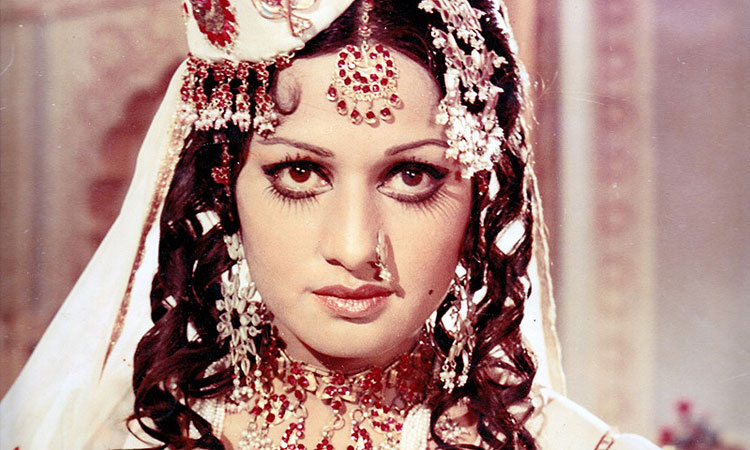 Nasira Begum AKA Rani an undisputed dancing Queen of Lollywood who ruled the hearts of her fans through his on-screen appearance, emotional performance, dancing skills and pretty looks that rendered her an inimitable status in the industry where she kept thriving as one of the leading actresses for more than two decades.

Twenty-eight years ago she left this world on this day -27 May but her acting and dancing performances on several memorable songs is a legacy for our industry that is struggling to achieve the lost glory.

Rani had the desire of becoming an actress but since she was from a poor family it was quite hard for her to fulfil her wish. But one day fortune knocked on her door when she was introduced to Mukhtar Begum an exalted singer of that era by her father who was the driver of Mukhtar Begum.

Initially, Begum wanted Rani to become a singer but then she realised that Rani’s voice was not ideal for singing and it would be better to launch her as an actress and for that, she took her to seasoned film director Anwer Kamal Pasha who gave Rani her first break in movie Mahboob, the film failed to impress audience so was Rani. Then she was cast in a Punjabi movie Mauj Mela that became an instant hit but once again Rani failed to gain the attention of movie buffs. The streak of flop films had almost taken Rani out of the industry and she was labeled as an “Unlucky” actress. Then came chocolate hero Waheed Murad who proved a lucky charm for her and cast her in his movie Devar Bhabhi that proved a mega-hit and from then on Rani became a household name across the country. Devar Bhabi gave Rani the stardom she was striving for.

Initially, Begum wanted Rani to become a singer but then she realised that Rani’s voice was not ideal for singing and it would be better to launch her as an actress and for that, she took her to seasoned film director Anwer Kamal Pasha who gave Rani her first break in movie ‘Mahboob’

The year 1968 further added to her fame and her four movies that included Chan Makhna, Sjan Piyara, Dil Mera Dharkan Teri and Bahen Bhai did a record business on box office breaking all previous records. The 1969 blockbuster movie Diya Aur Toofan produced and directed by Rangeela took Rani to new heights of success and fame and from then on she became the ‘first choice of almost every film director at that time. Whenever Rani a “charming and erudite lady” with her expressive eyes and raised eyebrows appeared on the cinema screen she left an abiding impact on her fans.

Her epic performance in Umrao Jan Adah and Suraiya Bhopali made these movies a masterpiece of the Lollywood industry. Even Rekha and Ashwariya Rai failed to do justice to these roles when the same movies were made in India.

Living a happy matrimonial life was just a dream for her that never came true. After battling with cancer for around three years Rani Passed away on 27 May 1993.

The article has been written and contributed by Kamran Khamiso Khawaja. He is a law student and columnist. He can be reached at kamran.khowaja338@gmail.com and Tweets at @ @ZaibSha1