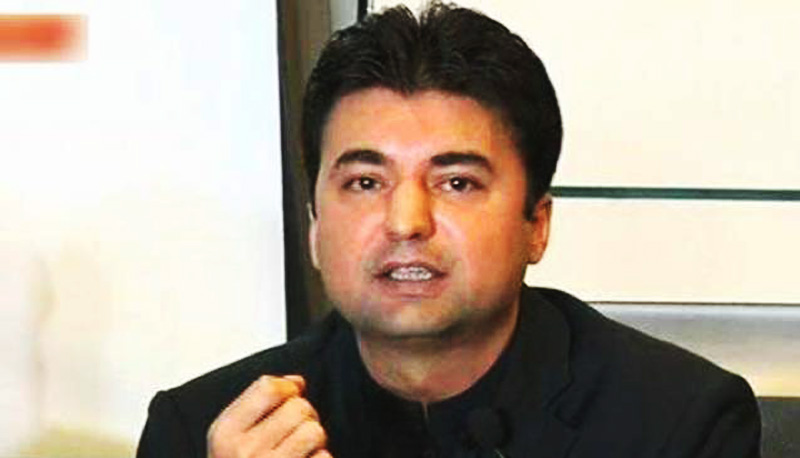 Minister for Communications Murad Saeed has told the upper house of the Parliament that Hakla to Dera Ismail Khan motorway project will be completed by September this year.

Taking the floor in the question hour in the Senate, which resumed its session at the parliament house on Thursday with Chairman Sadiq Sanjrani in the chair, Murad Saeed said that 89 percent work on the project has been completed, adding only bridges are being constructed and it will soon be open for traffic.

The minister said that only 1100 kilometres of roads were approved in the last 15 years but the PTI government has approved 3,300 kilometres only in two-and-a-half years.

He said that Pakistan Post has recently initiated a number of new financial services including same-day delivery, electronic money order, pick-up service for bulk mail, EMS plus delivery of parcels and packets at major overseas destinations in 72 hours and foreign remittance initiative in collaboration with National Bank of Pakistan at 500 locations. He said the international ranking of Pakistan Post has improved from 94th to 60s.

Responding to a question, Minister for Inter-Provincial Coordination Dr Fehmida Mirza said that the suspension of the Pakistan Football Federation by the FIFA Bureau is unfortunate for Pakistan.

She said the president of PFF was elected in 2018 as a result of elections held under the Supreme Court but FIFA did not accept it. Answering a question about vaccination process, Minister of State for Parliamentary Affairs Ali Muhammad Khan said 1.5 million people have been vaccinated so far. He said the daily vaccination rate has reached one hundred thousand. He said there is no shortage of ventilators or oxygenated beds.Minister of State for Parliamentary Affairs Ali Muhammad Khan says Mohmand Dam will help cater water scarcity, electricity shortage and flood threats in the area.

Responding to a calling attention notice in the House, he said the dam will generate eight hundred megawatts of electricity and provide three hundred gallons of water to Peshawar.

The minister said despite Covid-19 the work on the dam is in full swing.

Responding to another calling attention notice on exclusion of anti-Covid Chinese vaccines from the list of anti-contagion vaccines approved by the Saudi authorities for pilgrims, he said the government is continuously in touch with Saudi authorities on the issue and soon it will be resolved.