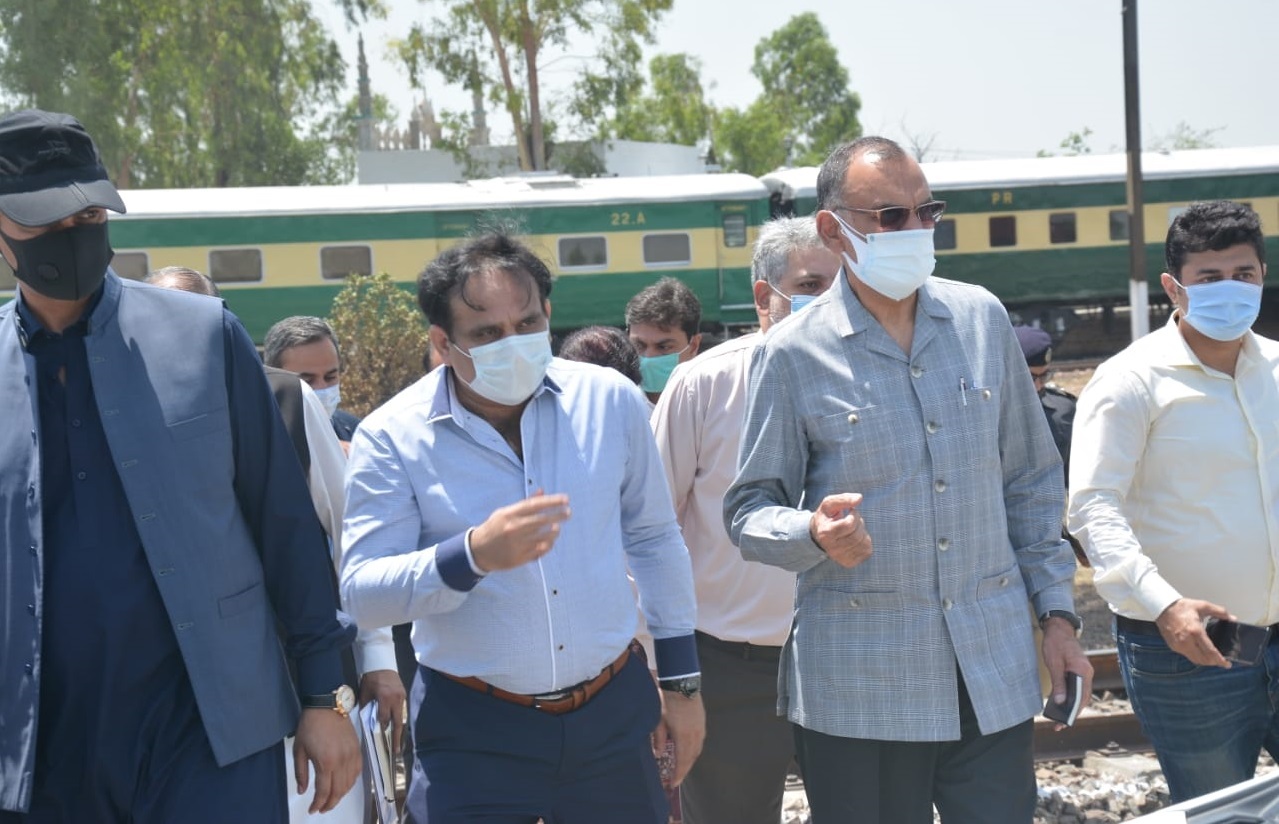 OKARA: Minister for Railways Azam Khan Swati on Wednesday inspected the railway track on a special train besides visiting the station building in Okara.

He expressed displeasure over the condition of railway station building in Okara. Talking to journalists, he said that in the past, the railway department was plundered impunity and useless buildings worth billions of rupees were constructed in the name of model railway stations which caused a loss to the national exchequer.

He said that the past regimes inaugurated incomplete projects in haste which was a matter of heartening. On the occasion, the journalists drew attention of the minister towards opening of the railway level crossing closed for the last eight years, reducing reserve price of railway market for rent, construction of overhead bridge from Platform No 1 to 2, and other issues.

He said that no train originates from Okara and Raiwind stations, then why huge resources have been wasted on such big buildings. The minister inspected Kot Lakhpat, Raiwind, Premnagar and Okara railway stations in detail. The fitness, alignment, gauge and other infrastructure of the railway track were also inspected during the window trailing inspection.

The facilities available to the passengers on the section were also reviewed. The divisional superintendent briefed the minister on the performance of the section and the station and the possibilities to increase the revenue. The minister said that an inquiry would be held against those who had caused damage to the railways and railways would be made a profitable entity by operating the passenger trains under private partnership.

Some days ago, the minister pointed out towards the deplorable condition of the railway hospitals and schools, saying one can go and see the condition of these schools and hospitals. Also, he had said that he was privatizing all the railway hospitals. He pointed out that the employees of railways were involved in many issues and 2500 cases have been registered against the responsible. He said that 11 railway petrol pumps have been seized by the mafia.