Daily readings at tomb honour Dante 700 years after his death

* But nowhere is the tribute more intimate than before his tomb, which was restored for the anniversary, as dusk falls each day in the city of Ravenna, a former Byzantine capital 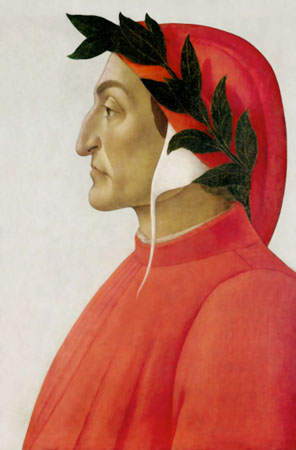 As she has each evening for the last eight months, Giuliana Turati opened her well-worn copy of Dante’s “Divine Comedy” as the last of 13 peels of a church bell reverberated around the tomb of the great Italian poet.

Italy is honoring Dante Alighieri – who died in exile from Florence on Sept. 13, 1321 – in myriad ways on the 700th anniversary of his death. Those include new musical scores and gala concerts, exhibits and dramatic readings against stunning backgrounds in every corner of the country. Pope Francis has written an Apostolic letter, the latest by a pope examining Dante’s relationship with the Roman Catholic Church.

But nowhere is the tribute more intimate than before his tomb, which was restored for the anniversary, as dusk falls each day in the city of Ravenna, a former Byzantine capital.

Turati, a life-long Ravenna resident, comes to listen as volunteer Dante-lovers read a single canton, following along in the copy of the “Divine Comedy” inscribed with the year she studied the poet’s masterwork in school: 1967.

The daily reading, part of a yearlong celebration of Dante that started in September, is intended to connect ordinary people – residents and tourists, scholars and the uninitiated – with the “Divine Comedy” as an appreciation by the city he adopted while in exile.

Copies of the “Divine Comedy” in 60 languages are housed nearby, and organizers envision they also will be read by foreign tourists as soon as post-pandemic travel resumes.

“Reading Dante is perhaps the truest and most profound homage that we can offer,” said Francesca Masi, secretary general for Ravenna’s Dante 700 organizing committee. “It requires everyone to make an effort to go toward Dante, while too often we ask Dante to come toward us, perhaps stretching a little without understanding him, ideologizing him. Instead, this solemn way of reading, without comment, is respectful.”

Dante spent years composing “Divine Comedy” during his banishment from his native Florence, the home of the vernacular he elevated to a literary language through his poetry.

While Dante was embraced as a symbol of Italy’s unification in 1861, Florence and Ravenna continue to battle for Dante’s legacy. Disputes over who has the right to claim his remains still erupt in newspapers seven centuries after his death.

Turati, a life-long Ravenna resident, comes to listen as volunteer Dante-lovers read a single canton, following along in the copy of the ‘Divine Comedy’ inscribed with the year she studied the poet’s masterwork in school: 1967

Florence, so it seems, would have given up its claim by sentencing Dante to exile, his return punishable by death.

The sentence is written in a 14th-century court ledger on display through Aug. 8 as part of an exhibition on Dante’s relationship with Florence at the Bargello National Museum. The museum is housed in a medieval palace that Dante would have known and visited as the seat of the highest judicial magistrate, and where he was sentenced in absentia in the same vaulted room that now displays a famous bronze of David by Renaissance sculptor Donatello.

The museum also holds a fresco of Dante, painted by his contemporary Giotto after the poet’s death, and also of Lucifer, depicted with Dante’s own imagery – three heads and the wings of a bat.

“It is very important, because it means that the iconography introduced by Dante was immediately received in Florence in the figurative arts,” Bargello National Museum Director Paola D’Agostino.

Another exhibit in the San Domenico Museum, near Ravenna in Forli, brings together 300 works from all over the world to tell the story of Dante through the ages, from pieces that influenced him to ones he influenced, museum director Gianfranco Brunelli said.

The exhibit, put on in conjunction with Florence’s Uffizi and running through July 4, includes art contemporary to Dante, elaborate manuscripts of his work, portraits of the poet and pieces inspired by his epic, monumental poem by artists such as Picasso, Giotto, Tintoretto and Michelangelo.

Brunelli said it’s no surprise that Dante has continued to fascinate people through the centuries.

“Dante’s themes are those of heaven and earth. He speaks of salvation and pardon, of things very fundamental to human life,” Brunelli said. “For this reason, art couldn’t do other than return an infinite number of times to Dante and his themes.”

After being sentenced to exile in 1302, Dante spent much of the rest of his life in Verona and then Ravenna, where he arrived in 1318 or 1319. He died of malaria after a diplomatic mission to the Republic of Venice, 100 kilometres to the north.

In Ravenna, Dante would have visited the city’s ancient Byzantine basilicas and famed mosaics, and it is believed that he took inspiration for some passages of his masterpiece. Masi, on a recent tour, indicated the “Procession of the Virgins” inside the Basilica of Sant’Appolinare Nuovo, which is reflected in a verse from “Purgatory,” his masterpiece’s second section: “And they wore white-whiteness, that, in this world has never been.”

For the anniversary, another notable adopted citizen of Ravenna, Riccardo Muti, plans to conduct a new orchestral musical score inspired by “Purgatory” and written by Armenian composer Tigran Mansurian on Sept. 12, as part of the Ravennal Festival dedicated to Dante. It will be followed by performances in Florence and Verona.

The closing festivities in September are to include an annual pilgrimage by officials from Florence, who arrive in Ravenna with an offering of oil to keep the flame above Dante’s mausoleum tomb lit for another year.

“Dante found his peace in this city,” Muti told The Associated Press, adding that he found it “a comfort” to live just 200 meters from the final resting place “of this extraordinary soul.”

“I personally feel this closeness to his bones as a privilege, as if from that tomb emerges a sense of honesty, of righteousness, of a good omen for the Italian people from Ravenna to the world,” Muti said.