Mount Nyiragongo – Africa’s most active volcano roared back into life 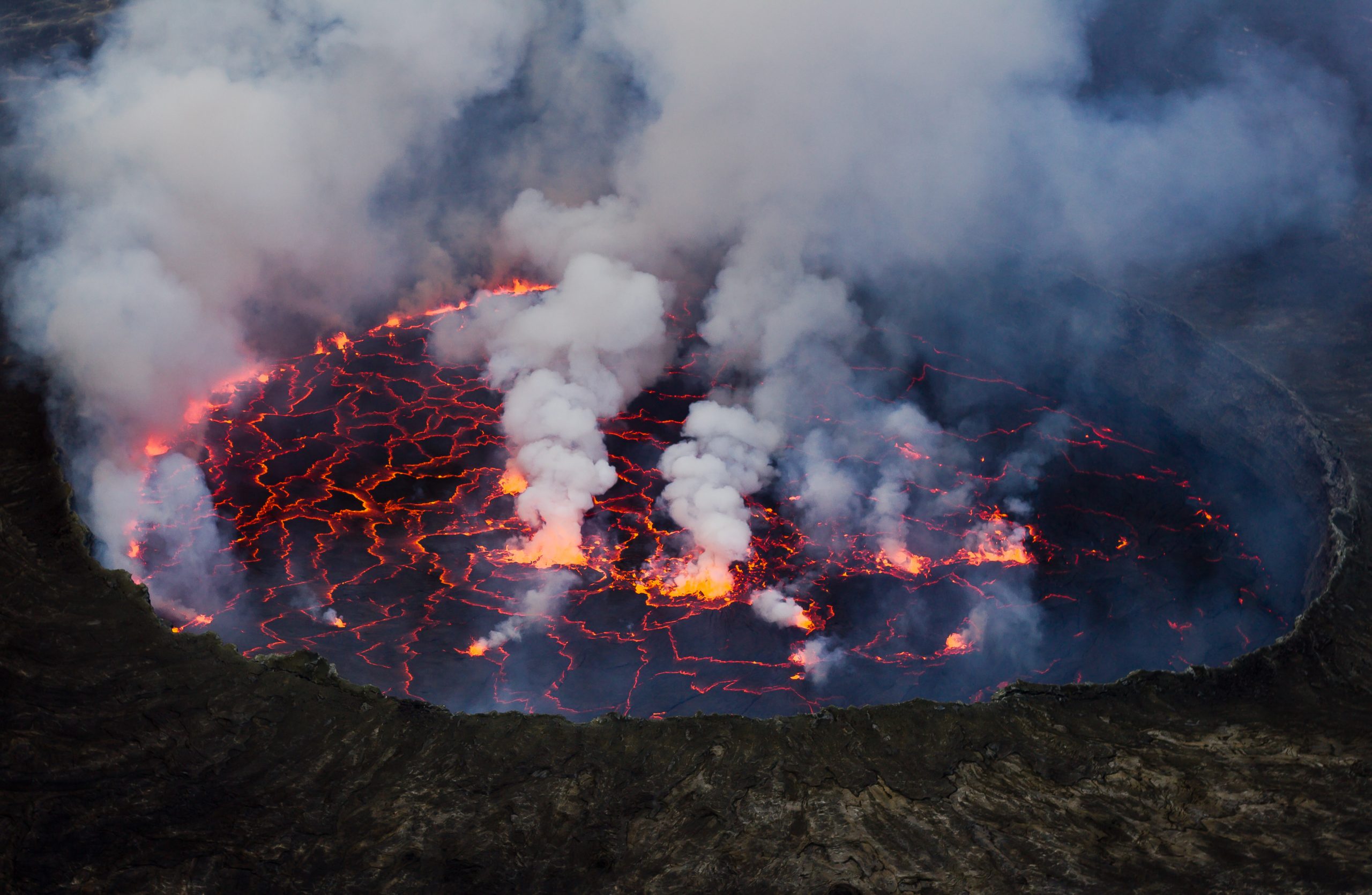 Powerful aftershocks from the Mount Nyiragongo volcano rocked the eastern DR Congo city of Goma on Tuesday. As the death toll from the disaster climbed to 32, thousands were feared to be homeless. Three days after Africa’s most active volcano roared back into life, spewing lava that reached the outskirts of the city of 1.5 million, tremors were shaking the region every 10 to 15 minutes.

Cracks were seen in the ground and on roads in several areas, including near the city’s main hospital, reported AFP.

“The situation in the city is confused. People don’t know which way to go,” a resident said.

“Some are coming back, some are leaving, people are still afraid.”

Goma, a city on the shores of Lake kivu, lies only 12 kilometers from Mount Nyiragongo. Tens of thousands panicked and fled from the city. Many of them fled to neighbouring Rwanda when the much-dreaded volcano began erupting on Saturday evening.

Two rivers of molten rock flowed from the volcano at a height of 1,800 metres (5,900 feet). One headed towards Goma, stopping at the very outskirts of the city. It engulfed homes in its wake, smothering the surrounding area with suffocating gas and cutting off the road between Goma and Butembo, the main highway in North Kivu province.

“Thirty-two people died in incidents linked to the eruption, including seven people killed by lava and five asphyxiated by gases,” the UN’s refugee agency, the UNHCR, said in Geneva.

“The lava flow stopped on Sunday, but there have been repeated earthquakes since the eruption and the lava lake in the volcano’s crater appears to have refilled, prompting fears of new fissures opening or another eruption.”

The previous toll, drawn from NGOs and other sources, was 20. Five people died from suffocation on Monday after they tried to cross the cooling lava some 13 kilometers north of Goma, civil society leader Mambo Kawaya told AFP.

Several strong aftershocks were also felt in Rwanda on Monday, including a 5.1-magnitude earthquake under Lake Kivu, the Rwanda Seismic Monitor said.

In an interview with AFP, Raphael Tenaud, deputy head of the International Committee of the Red Cross (ICRC) delegation in Goma, said lava had destroyed four large villages and damaged 12 others. Humanitarian groups estimate that between 900 and 2,500 dwellings were destroyed, he said, adding that this meant at least 5,000 people were without a home.

On the evening of the eruption, and on Sunday, 25,000 people fled, Tenaud said.

“Many of these displaced people have started to return to Goma, some have even come back to the site of the disaster, near the lava flow,” he said.

“Some are still displaced as they are afraid to come back, others have been able or are able to go back to their homes, and there are others who no longer have a home.”

Damage to a reservoir has potentially affected water supplies for around half a million people, said Tenaud.

“The main problem will be a problem of access to potable water, and all the consequences that may stem from that,” he said, referring to the risk of disease.

The ICRC will start up a disused pumping station to draw water, and water will also be distributed by tanker truck, Tenaud added. Most of the hospitals in the east of the city have been closed, although four hospitals in the west are functioning, he said.

Another problem is that of children who became separated from their parents in the panic. The Red Cross has received 735 requests for help.