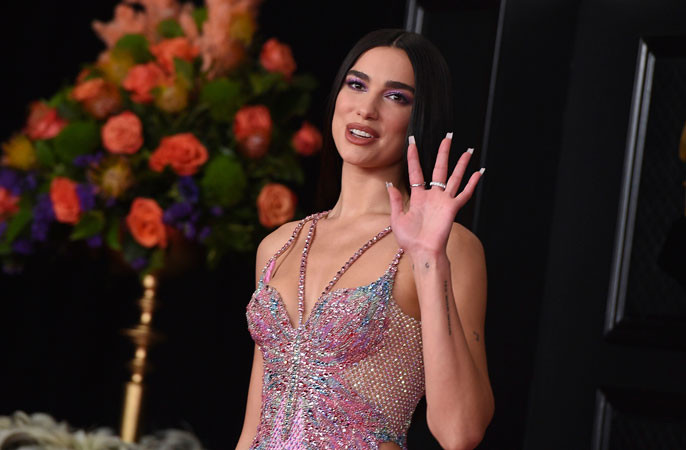 Dua Lipa hit back at a Jewish organisation that paid for a full-page ad in Saturday’s New York Times linking her and supermodel siblings Gigi and Bella Hadid to Hamas and labelling them ‘anti-Semitic’.

Lipa took to Twitter on Saturday, May 22, to slam The World Values Network that published the ad in Saturday’s paper, calling it “blatant misrepresentation.”

Rabbi Shmuley Boteach, a controversial right-wing American rabbi and the head of the organization known for taking out ads against those openly critical of Israel, was quoted in the advertisement that read, “Bella, Gigi, and Dua. Hamas calls for a second Holocaust. CONDEMN THEM NOW.”

“I utterly reject the false and appalling allegations that were published today in the New York Times advertisement,” said Lipa.

“This is the price you pay for defending Palestinian human rights against an Israeli government whose actions in Palestine both Human Rights Watch and the Israeli human rights group B’Tselem accuse of persecution and discrimination.”

Dua Lipa stood by her earlier stance, saying that she believes that everyone – Jews, Muslims, and Christians, have the right to live in peace.

Lipa went on to slam the World Values Network for “shamelessly” using her name to “advance their ugly campaign with falsehoods and blatant misrepresentations.”

“I stand in solidarity with all oppressed people and reject all forms of racism,” she concluded.

It is pertinent to mention that Dua Lipa and the Hadid sisters are among the most vocal international celebs to consistently lent their voice to the Palestinian cause. Earlier, Bella was also slammed by the Israeli government’s Twitter handle for supporting Palestine.