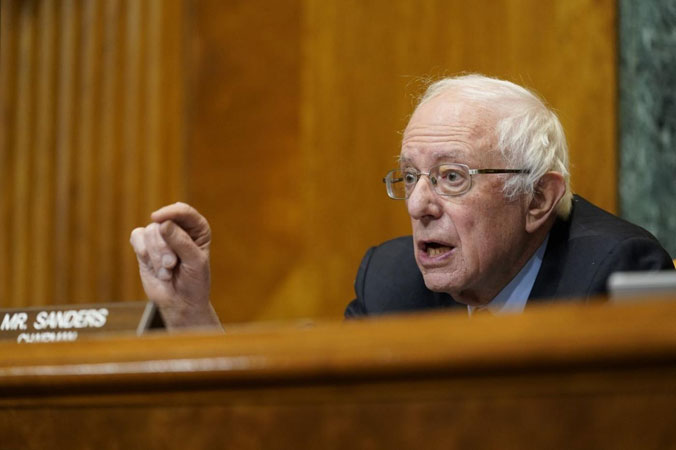 Bella Hadid was prominent among the celebrities who used their social media to oust former US president Donald Trump from the White House in the last year’s presidential election. Most of the Hollywood stars wanted Americans to vote for Democratic candidate Joe Biden. Now that Biden is at the helm of affairs in the United States, Bella Hadid seems dissatisfied with his approach towards the Israel-Palestinian conflict. This was evident from her reaction to Bernie Sanders statement in which he voiced concern over ‘disturbing anti-Semitic attacks and troubling rise in Islamophobia.” Sanders said, “If you are committed to a future of equality and peaceful coexistence, please stand united against anyone who promotes hatred of any kind.” Bella Hadid shared his statement to her Instagram stories with a caption that read “My president!”. Bella, who is the daughter of Palestinian father, has condemned Israel for killing Palestinians during the last few days. Joe Biden was also criticized for failing to condemn Israeli aggression and defending the Jewish state’s “right to defend itself”