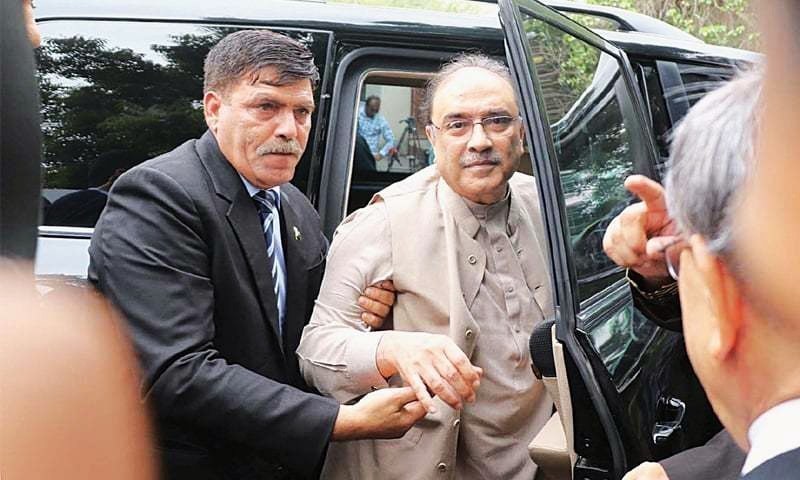 ISLAMABAD: The Supreme Court fixed a petition for hearing, filed by former president Asif Ali Zardari, seeking transfer of corruption cases against him to Karachi on Tuesday.

A three-member special bench, headed by Justice Umar Ata Bandial and comprising of Justice Ijaz Ul Ahsan and Justice Sajjad Ali Shah, will hear the case on May 25. Asif Ali Zardari had reached out to the apex court to get their cases transferred to the province from Islamabad.

The former president was facing trial in five NAB references. The Supreme Court has issued notices for the hearing to the NAB and other respondents in the case. During a previous hearing, Asif Zardari’s lawyer Farooq H Naek contended that it was his client’s right to file a plea for transfer of a case under the NAB law, which could not be taken away by the court through the verdict.

Justice Bandial noted that the cases were filed in Islamabad by the NAB on the basis of various accusations. He said that the anti-corruption watchdog filed the references in Islamabad on the court order.