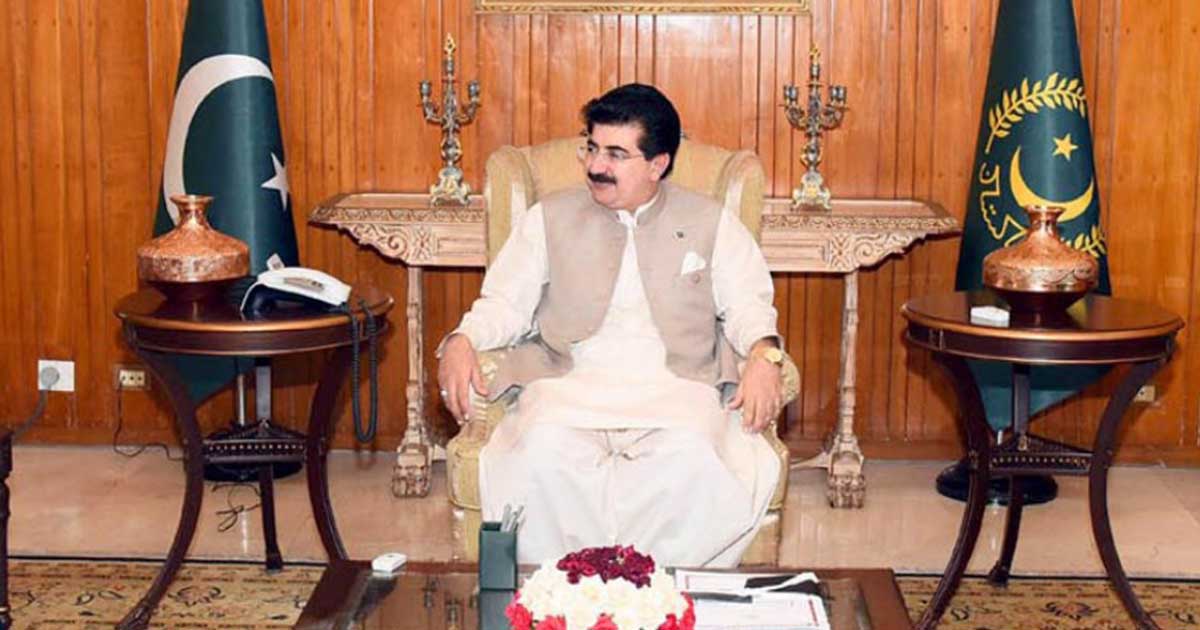 ISLAMABAD: Senate Chairman Muhammad Sadiq Sanjrani on Friday condemned the Israeli atrocities against innocent and unarmed Palestinians, and said resolution of the Palestine issue was indispensable for lasting peace in the region.

The series of attacks by occupation forces on innocent people, illegal settlement of the Israelis, and forced evictions of Palestinians from their homes were serious violations of human rights and international law, he said during a meeting with  the Palestine ambassador.

Sadiq Sanjrani said that the human rights organizations, the United Nations Security Council, and international community should take Palestine as seriously issue and take measures for a comprehensive and just solution at the earliest. “Today we send a message to our Palestinian brethren that the Pakistani nation as a whole stands by them in every hour of trial,” he said.

He said that Pakistan will never leave the Palestinians alone in their just struggle for independence and will continue to raise its voice for their rights at every platform. “It is the moral responsibility of all Muslim countries to take joint and comprehensive action to resolve the Palestine issue,” he underlined.

The delegation strongly condemned the bombing by Israeli occupation forces, storming of the holiest site of Al-Aqsa Mosque, and the Israeli atrocities being carried out against worshippers and innocent unarmed Palestinians. “Israeli aggression cannot demoralize Palestinian people. Jewish settlers must refrain from desecrating Qibla-e-Awwal. Bombing unarmed Palestinians, including women and children, is a cowardly act,” they underscored.

On the occasion, Mirza Muhammad Afridi said that Pakistan would continue its support and always raise its voice against Israeli atrocities on every international forum. Forced eviction of Palestinians was a serious violation of basic human rights and international law, he added. The delegation offered prayers for the Palestinian martyrs and prayed for the speedy recovery of those who were injured in the Israeli bombardment.

Sadiq Sanjarani also recorded his remarks in the Visitors’ Book. He said that the Pakistan government would fully participate in all parliamentary functions regarding Palestine. The issue of Palestine would be raised on every major forum of the world, including Inter-Parliamentary Union (IPU), he added.