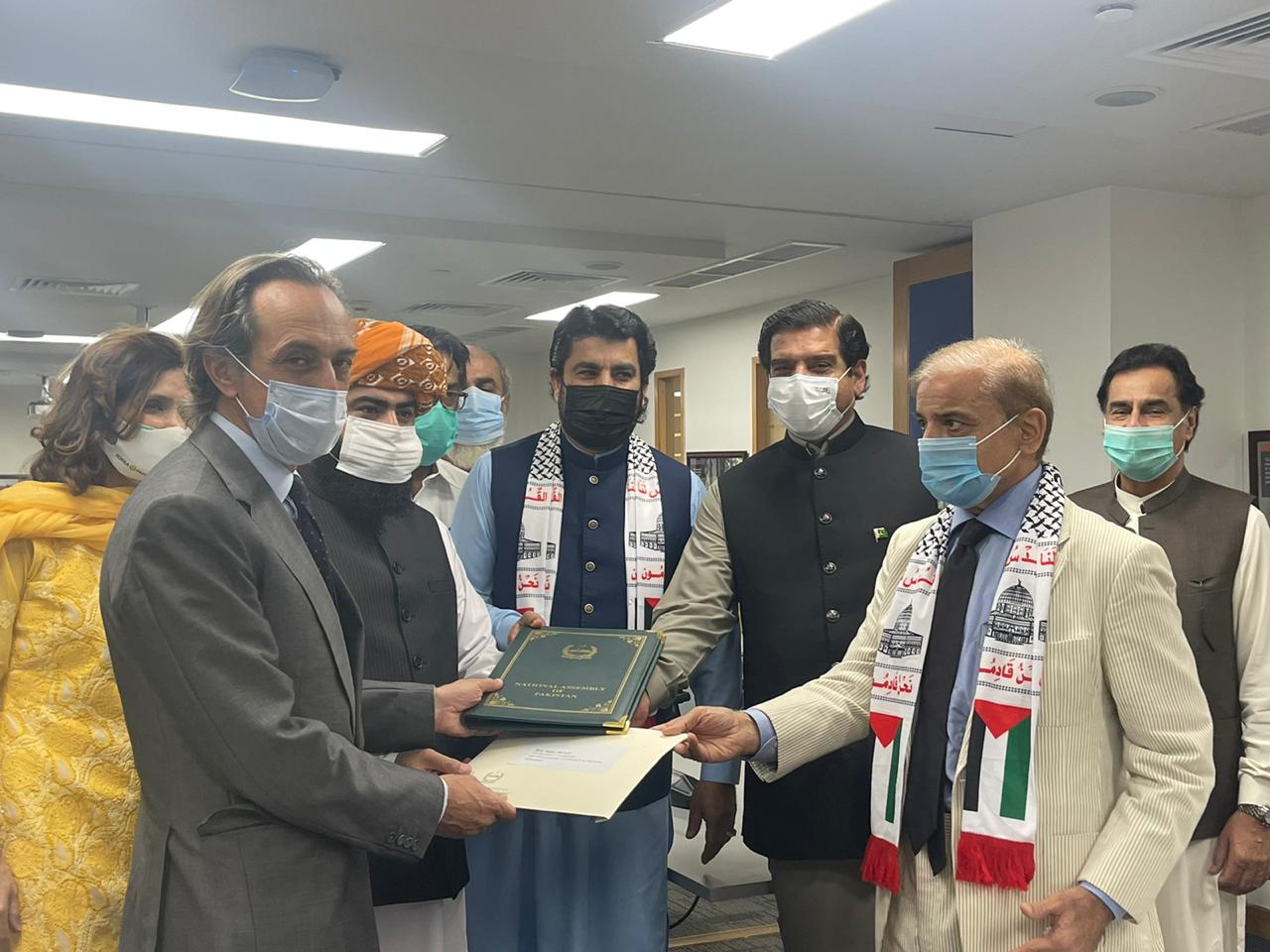 ISLAMABAD: PML-N President and National Assembly Opposition Leader Shehbaz Sharif led a delegation of the parliamentarians, handed over the unanimously approved resolution on Israel’s aggression, and murderous barbarism against Palestinians to the UN representative in Pakistan, Julian Harnes.

While talking to the UN rep, Shehbaz said he was handing over the sentiments of Pakistan’s parliament, its people, and the Muslim Ummah. He said the people of Pakistan demand and appeal that the UN Security Council ensures justice for the people of Palestine. He said entire Pakistan stands United with the Palestinians on this issue. He said it is the legal, moral and humanitarian responsibility of the UN, UNSC and the first World that they safeguard the innocent Palestinians.

Shehbaz said how hundreds, including children, lost their lives in this recent brutal aggression by Israel, thousands were wounded and tens of thousands displaced. He said this was a blatant violation of the UN, UNSC, 4th Geneva Convention, international law, and all international codes which Pakistan condemns in the strongest words and deems unacceptable.

The entire world is condemning this and international organizations will need to fulfill their duties and take practical tangible steps against it. He requested Julian to convey these sentiments to the relevant authorities that Pakistan stresses the need for implementation of UN and UNSC resolutions on this issue. Global peace would be an elusive dream unless Palestinians are given their rights, and the situation could escalate to a third world war, he said.

Julian Harnes greeted the delegation and said he understood the sentiments of Pakistan and its Parliament.