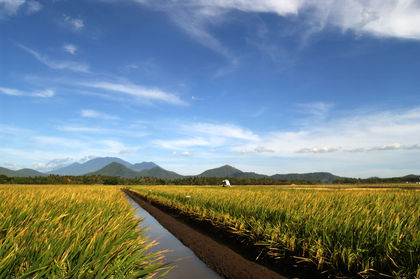 PESHAWAR: As many as 60 development projects, including 17 new worth Rs15 billion, have been proposed by the agriculture and livestock department for the upcoming budget 2021-22, including the establishment of Agriculture Business Authority (ABA) and a public sector veterinary and animal husbandry’s university at Swat.

These projects were proposed for Annual Development Programme (ADP) 2021-22. Practical work would begin from the upcoming fiscal year after approval of the budget proposals, officials in KP Livestock and Agriculture Department told APP on Friday.

As many as 250 veterinary dispensaries will be established in almost all Khyber Pakthunkhwa, where DVM and Veterinary Assistants services besides necessary medicines would be supplied to farmers.

The climate condition, plenty of rivers, ponds, and lakes, especially in Malakand and Hazara divisions, were most suitable for trout fish farming. This potential would be utilized by involving the private sector and effective use of aquaculture technology.

KP Govt would establish 287 trout fish farms mostly in Malakand and Hazara divisions with an estimated cost of Rs 1286.914 million under a project ‘Development of water fisheries” in KP for which Rs514.766 million would be contributed by Federal Government and Rs772.148 million by KP Government which would be completed by 2023-24.

Fruits orchards of different varieties would be increased to reduce the prices of fruits in open markets. Agriculture mart would also be established in Peshawar.

To increase per acre production of seasonal crops, including wheat, rice, maize, and sugarcane, the department has taken a principal decision to bring unproductive lands in KP under agriculture cover through the construction of small dams for storage of rainwater.

Under the Prime Minister’s Save the Calf Programme, about 3,80,000 male buffaloes calves would be fattened in the country, including 30,000 in KP, to increase meat production. The official said Rs6,500 would be provided to registered farmers following their looking after for it least six months besides free milk, vaccination, and medicines.

PM’s Backyard Poultry Programme would continue in KP, including merged tribal districts in the upcoming fiscal year under which five hens and one roaster would be provided to poor women.

Tube-wells would be shifted on solar energy in Khyber Pakthunkhwa in a phase-wise manner to save electricity besides research on different agriculture varieties. Many people are associated with beekeeping, and special schemes proposed to bolster honey’s production preferred in Gulf, SAARC, Central Asian Republics (CARs), and other world regions.

A project to provide free treatment of different livestock diseases would be launched besides increasing milk, meat, and poultry production in KP. Besides the extension of the breeding network, the official said digital service platforms would be formed to promote livestock, agriculture, fisheries, and cooperative sectors.

About Rs8.33 billion are being utilized on small and mega-development projects in these critical sectors in the current fiscal year. A comprehensive plan is prepared to strengthen 8,264 agriculture farms in KP under the Prime Minister’s National Emergency Agriculture Program, worth over Rs309 billion.

An inclusive door-to-door survey for livestock and poultry documentation has been started for robust implementation of future strategies, programs, and projects under the new livestock policy 2018-28 in KP.

Conservation programs to save rare breeds of Azakheli buffaloes in the Malakand Division and endangered sheep of Damani, DI Khan, and Waziris would continue during the upcoming fiscal year.