Mila Kunis and Ashton Kutcher have a jaw-dropping farmhouse 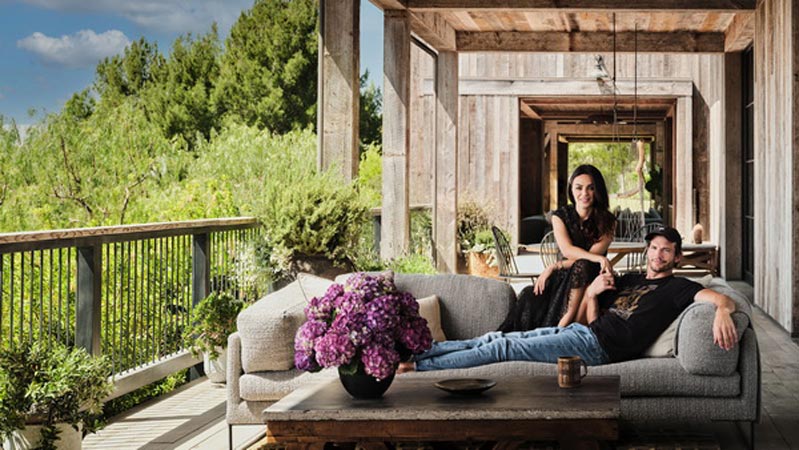 It’s not every day you see an entertainment barn with a massive crystal chandelier hanging from the ceiling. But at Mila Kunis and Ashton Kutcher’s breath-taking farmhouse, seated on six acres of Los Angeles land, it’s one of the many sights to behold. Thanks to a new feature for Architectural Digest, the beloved pair opened their doors and gave fans a look inside the place they and their two kids, 6-year-old Wyatt and 4-year-old Dimitri, call home. In fact, the children are a special part of the house’s story as the actress was pregnant with Wyatt when they started the process of building the home.

Five years later, their vision was complete. “We wanted the house to look like an old barn,” Kutcher explained to AD, “something that had been here for decades, that was then converted into a house. But it also had to feel modern and relevant.”

While the photos are the only way to do the house true justice, allow us to try with some descriptors. Scrolling through the pictures, you’ll see a masterful mix of country and contemporary, echoed in the exposed wood ceilings, walls and floors throughout the property as well as their entertainment barn and barbecue pavilion.

But, just when you might forget two celebrities live here, the plush green sofas and throne chair-designed by Kutcher himself during a trip to India-seated next to the bathtub will remind you that you’re in the domain of Hollywood A-listers. And, if those seem subdued, like we mentioned, there’s the crystal chandelier, too, serving as another incredibly glamorous element.

Still, like the down-to-earth twosome they’ve always seemed to be, even the design process featured a relatable step: personal Pinterest boards.

“Building a house from the ground up is no small thing,” Kunis pointed out. “This was either going to make us or break us.” Fortunately for their sake-and fans’-there was harmony. “When we looked at each other’s boards,” Kutcher recalled, “90 percent of the images we selected were the same.”