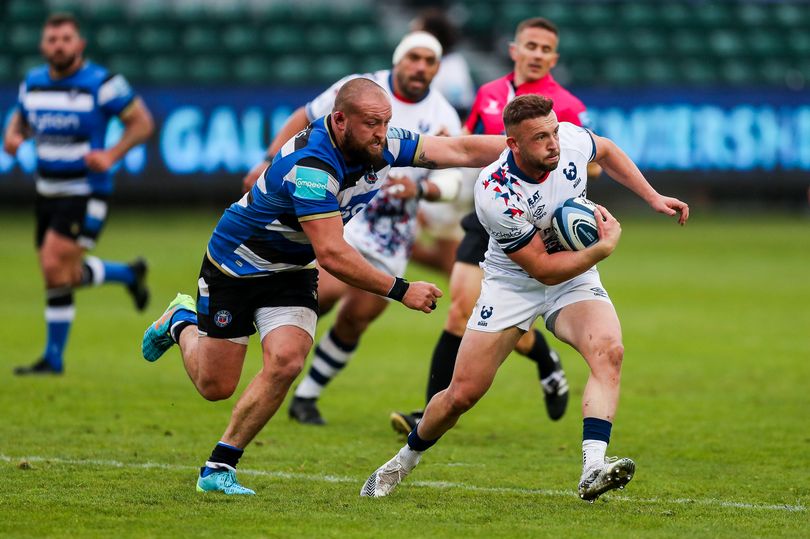 London: Bristol Bears moved 12 points clear at the top of the English Premiership table after a 39-7 win at home to southwest rivals Gloucester on Monday as fans returned to Ashton Gate.

“We have got to acknowledge the crowd — it was awesome,” said Bristol boss Pat Lam.

“I think both teams were probably taken aback. We knew there was going to be noise, but we didn’t expect that sort of noise.

“It was unbelievable and a real credit to the Bristol fans,” he added.

The victory left the Bears on the brink of a home semi-final in the title-deciding playoffs, which will feature the top four clubs at the end of the regular season.

Bristol, however, found it tough going for large parts of a match where Gloucester were a man down as early as the 16th minute, when Argentina lock Matias Alemanno saw red for a tip-tackle.

Lam’s men had three first-half tries disallowed, with full-back Charles Piutau spurning another chance before substitute Alapati Leiua and Piutau also had scores chalked off by the officials.

All 14-man Gloucester had to show for a gutsy effort was a Santiago Carreras try converted by Billy Twelvetrees.

In Monday’s other match, Newcastle put a further dent in Northampton’s hopes of a semi-final place with an 18-10 win at Kingston Park, second-half tries from Adam Radwan and Chidera Obonna proving decisive.

The fifth-placed Saints are now 11 points off the top four with three regular-season games left to play.

“We had a good three months, and we were set up for the top four, but we have let ourselves down, and we have three tough games to finish the season off,” said Northampton, director of rugby Chris Boyd.