‘Radhe’ — for bhai fans only

* Set entirely in Mumbai, 'Radhe Your Most Wanted Bhai' is a Salman Khan actioner that doesn't try to be anything else, ever 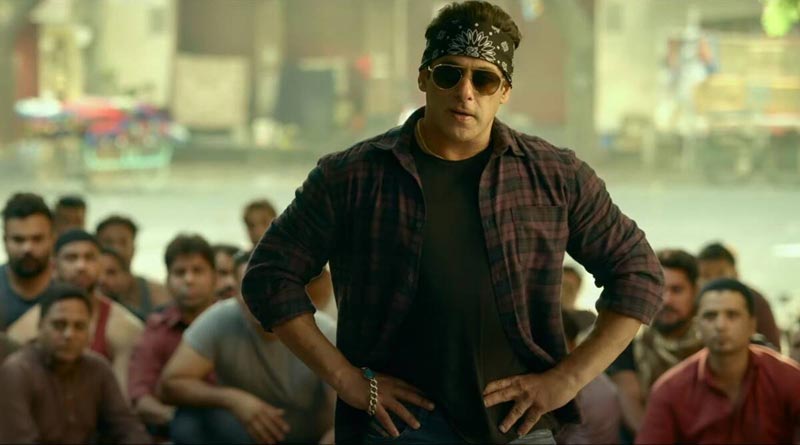 As Mumbai’s youth are falling prey to rampant drug abuse, suspended cop Radhe is recalled for a clean-up mission.

But Radhe is up against a dangerous new outlaw Rana, who will stop at nothing to rule the city.

Set entirely in Mumbai, ‘Radhe Your Most Wanted Bhai’ is a Salman Khan actioner that doesn’t try to be anything else, ever. Radhe is an encounter specialist with 97 encounters and 23 transfers to his credit, in the last 10 years. Now, as the city is in the grip of a dreaded drug mafia, it’s time for Radhe to make a comeback and kick some butt. But between beating up the bad guys and saving lives, Radhe also finds time to flirt with his boss’ sister Diya.

For such a typical big-ticket Bollywood potboiler, most of what Radhe features, is on expected lines. For such films, the battle is always about striking a balance between falling for the clichés and offering some novelty, whilst keeping the entertainment quotient high.

Director Prabhudheva, of course, gives into many such temptations that potentially derail the narrative, but thanks to the relentless action and a formidable villain, the film remains watchable, in parts.

While it begins with a scene where the bad guy is bashing up another crook, a series of confrontation scenes between Salman and Randeep that follow are action-packed. The action choreography is raw, brutal and with quite a lot of bloodshed.

For such a typical big-ticket Bollywood potboiler, most of what Radhe features, is on expected lines. For such films, the battle is always about striking a balance between falling for the clichés and offering some novelty, whilst keeping the entertainment quotient high

However, there are way too many distractions along the way. Leading among them is the film’s heroine Disha Patani. She is the perfect eye-candy and adds plenty of glamour to the scenes, but her track is literally counter-productive to the story. The naivety of her character gives her little scope to perform and also dilutes the gravity of the subject at hand. All urgency comes to a grinding halt when it is song and dance time. The songs come at the most inopportune time in the film. Among them, the title track and Dil De Diya featuring Jacqueline Fernandez stand out. The background score is loud but adds to the impact where needed. 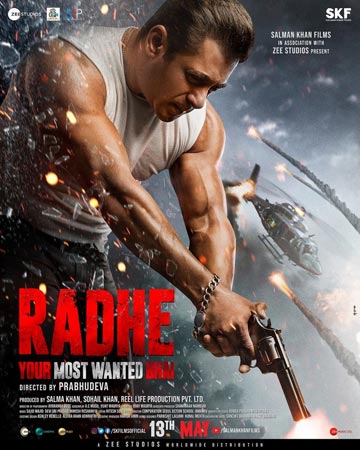 Prabhudheva relies heavily on Salman’s star-power, style and swag to drive the narrative and it works when our leading man is packing a punch. But beyond the action, we are left with filmy dialogues, his lackluster chemistry with Disha Patani and humourless exchanges with Jackie Shroff, who plays Salman’s superior as a senior cop. Randeep Hooda is slick and savage in his act and makes every minute on screen, count. There are many other villains in this pack of baddies, who just end up being loud and over-the-top. There is an attempt to infuse comedy-through dialogues and situations-in this hardcore action film, but it doesn’t work. Scale-wise ‘Radhe’is made keeping in mind the big-screen experience but given the current COVID crisis, Bhai fans in India would have to make do with watching this EID release on a small screen. This is definitely not the most wanted Bhai film, but the die-hard Salman fans might just find a reason to cheer him on, yet again.