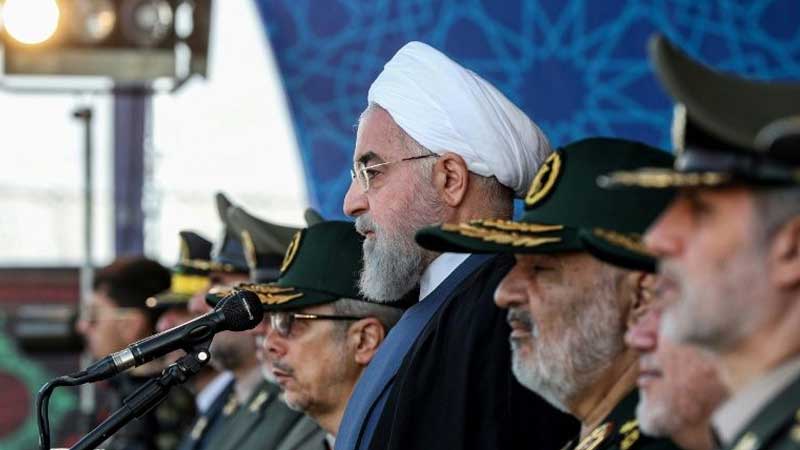 Tehran: Iran’s ultraconservative judiciary chief and one-time presidential hopeful Ebrahim Raisi on Saturday announced his candidacy for next month’s presidential election, according to a statement on local media.

Former judge Raisi was the leading rival to the incumbent President Hassan Rouhani in the 2017 election, and long the topic of media speculation for this year’s race.

In his statement, Raisi said he came forward over intense “public demand”, and aims to run “independently in order to bring about a change in the executive management of the country”.

He also vowed to wage “a relentless fight against poverty and corruption, humiliation and discrimination,” the main slogans of his campaign four years ago.

Raisi announced his candidacy on the last day of the registration period, shortly after ex-parliament speaker and moderate conservative Ali Larijani signed up at the interior ministry, which the judiciary chief is also expected to do.

The two main coalitions of conservative and ultra-conservative factions had already announced their support for Raisi.

Several prominent conservative figures, such as parliament speaker Mohammad Bagher Ghalibaf, had reportedly said they would stay out of the race if Raisi ran.

The incumbent president Hassan Rouhani is constitutionally barred from running for a third consecutive term.

Raisi was appointed by the supreme leader Ayatollah Ali Khamenei to take over the judiciary leadership in 2019 from Sadegh Amoli Larijani, brother to Ali Larijani.

At the time, Khamenei called on Raisi to be “with the people, the revolution and against corruption”.

A mainstay of Iran’s conservative establishment, the 60-year-old has previously served as attorney general, supervisor of state broadcaster IRIB, and prosecutor in the Special Court for Clerics.

He was chosen by Khamenei in 2016 to head Iran’s Imam Reza Shrine and lead its huge business conglomerate, Astan Qods Razavi, with interests in everything from IT and banking to construction and agriculture.

He bears the title of Hojjat al-Islam, which is a rank under Ayatollah in the Shiite cleric hierarchy.

In his 2017 campaign, Raisi took a tough line on Rouhani’s “weak efforts” in negotiating the 2015 nuclear deal with world powers.

The deal is currently on life-support after former US president Donald Trump withdrew from it in 2018 and reimposed punishing sanctions on Iran.