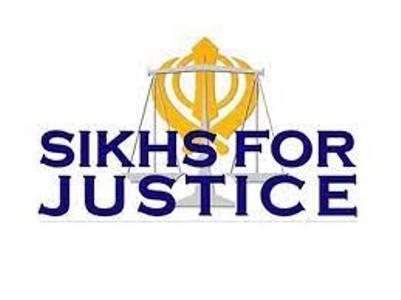 NEW YORK: Reeling from the devastating impact of the coronavirus pandemic, India has been appealing for international help to deal with the deteriorating situation, but New Delhi has prevented a United States (US)-based Sikh advocacy group from providing financial support to the Indians who are unable to afford the high cost of oxygen, according a report in Newsweek, a weekly American magazine.

The Sikhs for Justice (SFJ) said the Indian government blocked its COVID-19 relief website, oxygenfund.org, which was aimed at connecting the needy Indians with Sikhs in the US, Canada and other countries willing to donate money. Amid the block, according to the report, the group now operates through WhatsApp to reach the Indians in desperate need.

The SFJ stands for an independent state of “Khalistan” in the Indian state of Punjab, prompting New Delhi to denounce the group as “anti-national and secessionist”.

SFJ legal advisor Gurpatwant Singh Pannun launched the secessionist Sikh Referendum 2020 campaign, a movement to “liberate Punjab from Indian occupation” and punish the perpetrators of the 1984 Sikh “genocide”, Newsweek said. He says ‘Referendum 2020’ is “a peaceful and democratic movement.”

The 1984 Sikh massacre was a series organised killings of Sikhs in India following the assassination of the then Prime Minister Indira Gandhi by her Sikh bodyguards, it was pointed out. The pogromme lasted three days, killing nearly 3,000 Sikhs, according to official reports. Unofficial death estimates are much higher. The assassination came after Ms Gandhi ordered a military assault on the most significant religious center for the Sikhs, Darbar Sahib, or the Golden Temple, in Punjab.

The report noted that people of Indian descent around the world are donating money, personally delivering desperately needed oxygen equipment and setting up telehealth consultations and information sessions in hopes of beating back the outbreak.

India’s official count of coronavirus cases surpassed 20 million this week, and deaths officially topped 220,000, though the true numbers are believed to be much higher. Meanwhile, reports in American publications point to the growing criticism of Prime Minister Narendra Modi’s mishandling of the health, social and economic crisis resulting from the pandemic that has badly dented his approval ratings.

While many of Indians were hit by the recession last year—in March 2021, the Washington-based Pew Research Center found that India’s middle class had shrunk by 32 million people last year—the crisis had not struck home on the same scale.

The prime minister’s disapproval rating has risen from 12 percent in August 2019 to 28 percent in April this year. “They thought he would take charge, do something,” Ajoy Kumar, a former Indian police service officer and politician for the Congress party, told Time magazine. “It appears like he did not pay enough attention to the crisis and left the people to manage on their own”, he said.

Indian citizens are now buying medicines and hospital beds and oxygen cylinders at astronomical prices in the black market, Time said. According to anecdotal evidence on social media, private chat, and resource groups, oxygen cylinders which would normally retail for little over $100 are being sold for over $2,000 each. And many who agree to those exorbitant prices end up duped: the oxygen and medicines they thought they paid for are never delivered, and the “sellers” stop responding to calls and texts. People have lost their life savings, and yet failed to save their loved ones.

Many blame the government for having failed to curb the second wave and for failing to give adequate support as the crisis has mounted, Time’s report said, adding that anger was now growing.

“Two short months ago Narendra Modi’s government was one of the most popular and confident in India’s history. Now, judging by fresh election results, by the eruption of criticism even in the largely docile mainstream media, by sharp reprimands issued by top courts, by thumbs-down judgments by seasoned analysts and by a level of rage on social media unusual even for India’s hothouse online forums, the prime minister and his government are in trouble. “It is not simply that evidence has mounted of repeated failures to heed warnings of an impending second wave of covid-19, including from the government’s own health experts.

Nor is it just that Mr Modi and his team have struggled to respond to a calamity greater than India has experienced in generations. Indians are accustomed to ineptitude and meager support. Rather it is a sense of utter abandonment, especially among the politically noisy middle class, that is driving the anger.The epidemic continues to worsen….”