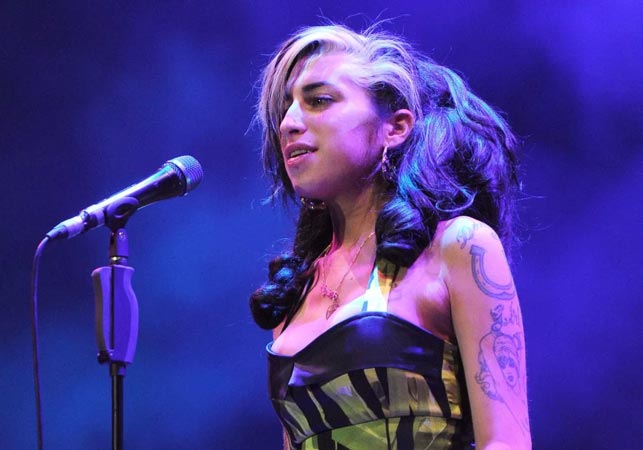 Amy Winehouse’s family are selling some of the late singer’s most famous clothes in order to raise money for the charitable foundation established in her name.

The Rehab singer passed away in 2011 at the age of 27 after a highly public battle with drugs and alcohol.

Julien’s Auctions in LA will organise the sale of the outfits, with proceeds going to the Amy Winehouse Foundation, which provides support for disadvantaged young people.

The late singer’s father, Mitch, told the Mirror he and the rest of the family decided selling the items “seems a fitting way to raise funds in her name”.

He added: “Amy’s belongings were in a giant lock-up and the family decided that while we would keep the most precious, personal items for ourselves, auctioning others would help those in need via the foundation and other charities.

“With the anniversary of her death coming up, every time the family go to the lock-up, it’s overwhelmingly emotional seeing her lovely dresses hanging on the rails, so we decided to auction these show outfits.”

Among the lots on offer will be the dress Winehouse wore on stage in the Serbian capital Belgrade for her final gig in June 2011, valued at around £14,000.

Some of the most high-value items include a heart-shaped purse carried at the 2007 BRIT Awards — expected to fetch a similar sum to the aforementioned dress — and the skirt in which Winehouse accepted five Grammy Awards.

July marks the 10th anniversary of Winehouse’s death and the BBC has commissioned a documentary entitled 10 Years On… to mark the sad milestone.

The documentary will feature Winehouse’s mother, Janis, who said her own struggles with multiple sclerosis have inspired her to tell personal stories on screen.

She said: “I don’t feel the world knew the true Amy, the one that I brought up, and I’m looking forward to the opportunity to offer an understanding of her roots and a deeper insight into the real Amy.”

Earlier this year, an artificial intelligence system was used to create a “new” Amy Winehouse song, as part of a project to raise awareness of mental health issues.