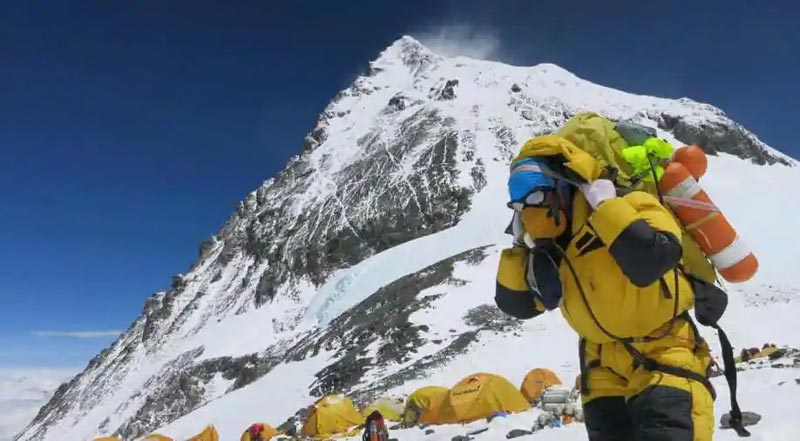 More than 30 sick climbers have been evacuated from the foot of Mount Everest, raising fears that coronavirus may scupper a hoped-for bumper season on the world’s highest mountain.

This year authorities have eased quarantine rules in an effort to lure back foreign adventurers and have issued climbing permits to more than 400 people, a new record.

But the warmer weather that ushers in safer conditions for scaling Nepal’s dangerous, snow-capped peaks has coincided with a deadly second wave of Covid-19 infections, with active cases in the country rising six-fold in the last two weeks.

Norwegian climber Erlend Ness spent two nights sleeping in his tent at base camp last month, unsure of what was making him ill.

“I was evacuated to Kathmandu and was tested. My result was positive for Covid,” he told AFP, becoming the first climber with an Everest permit to confirm his infection.

“I think I’m not the only one… Every team at the base camp knows the risk of Covid is there and they have to be careful, they should be careful,” he said.

Fellow climber Gina Marie Han-Lee decided to abandon her expedition last week over fears the disease was spreading around base camp.

“I have taken a helicopter out of EBC (Everest base camp) back to Kathmandu after 1 day. The Covid situation at EBC is a total shitstorm. I had no clue what I was flying into,” the US citizen wrote on her Facebook page on April 29.

“It was a heartbreaking decision but I’m putting my health first. Covid at a high altitude does not sound like something I want to play with.”

‘We don’t have tests here’

Officials at a health clinic catering to the climbers say more than 30 people have been flown off the camp in recent weeks.

At least two have tested positive after returning to the capital Kathmandu.

But the government has yet to confirm a single Covid case on Everest.

“Some evacuated may have tested positive in Kathmandu. They did not test at the base camp, so we cannot be sure where they got infected,” said Nepal’s tourism department chief Rudra Singh Tamang.

Health professionals at the camp say they do not have the capacity to test for the disease.

“We have permission to only work as a clinic so we don’t have tests here. We have made requests but nothing has happened yet,” a doctor there said.

More than a thousand people are typically camped at the bustling tent city at the foot of Everest, including foreign climbers and the teams of Nepali guides that escort them to the peak.

But the usual reverie and loud communal parties are absent this year after expedition groups were asked to keep to themselves and avoid socialising with others.

Customary religious ceremonies held before an ascent to pray for a safe expedition have also been turned into quiet and private affairs.

“We are taking all precautions possible to make sure that there are no infections,” said Tashi Sherpa of Seven Summit Treks, the largest climbing agency at Everest.

“We are not visiting other tents, and even groups within the camps are not mixing.”