Pakistan International Film Festival: Women’s Edition to be held from May 21-23

* The PIFF plans to host an engaging, interactive and educational three-day event which will include six female-centric feature films including 'Parwaaz Hai Junoon' 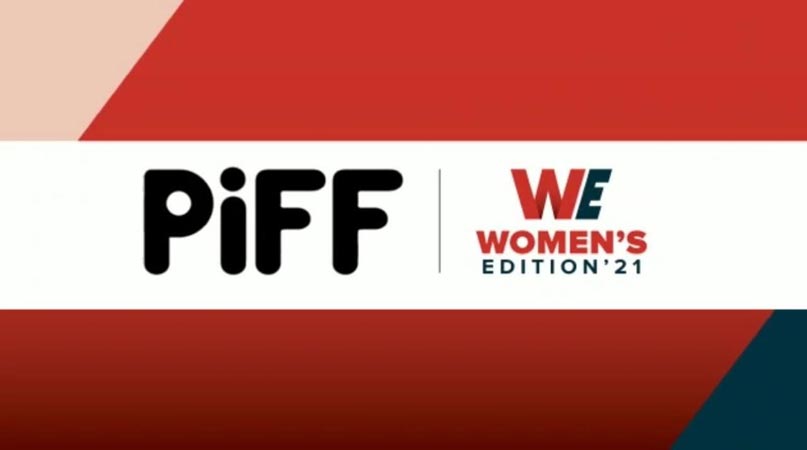 Karachi Film Society (KFS) announces the third edition of the Pakistan International Film Festival (PIFF), which will be held from May 21-23.

Following all guidelines and SOPs of the ongoing global pandemic, this year’s programme will pay homage to all the incredible women associated with the Pakistan film industry. The flagstaff Women’s Edition will also celebrate the tremendous achievements of these women and host activities such as film screenings, educational workshops and seminars/webinars with special guests in attendance.

The PIFF plans to host an engaging, interactive and educational three-day event which will include six female-centric feature films, namely, ‘Parwaaz Hai Junoon,’ ‘Motorcycle Girl,’ ‘Load Wedding,’ ‘Dobara Phir Se,’ ‘Superstar’ and ‘Punjab Nahi Jaungi.’ Additionally, there will be workshops on ‘Fighting Harassment in the Workplace’ by Xenab Ansari, ‘Makeup on Film and Television’ by Turkish makeup artists, Sezen Can and Murat Polat, workshop on ‘Women Entrepreneurs in Creative Economy’ and panel discussions on Pakistan’s film industry. In accordance with the theme, PIFF 2021 is also holding limited attendance seminars/webinars, following the necessary Standard Operating Procedures, on ‘What is Stopping Our Film Growing Internationally?’, ‘Gender Stereotypes in Media’ and ‘Covid-19: Challenges and Opportunities.’

Previously, the inaugural edition of PIFF generated a positive response nationwide, with distinguished foreign guests, mobile film screenings, workshops, insightful panel discussions and much more. With renowned screenwriter Ashwini Malik, teaching students and enthusiasts about the art of scriptwriting, screenplay and film through his workshop, the first PIFF had a wide array of seminars and such activities. Subsequently, 2019’s PIFF Animation followed suit with another successful event. The festival screened animated films both Pakistani and international, inviting keynote speakers such as Studio Ponoc’s Geoffrey Wexler to conduct an innovative workshop on Communicating Culture with Integrity. The second edition not only highlighted the potential of animation in Pakistan it also introduced Usman Riaz’s ‘The Glassworker’, presented by Pakistan’s first hand-drawn animation studio ‘Mano Animation Studios’.

Through KFS, the Pakistan Film Festival aims to become one of the leading film festivals in South Asia, promoting Pakistani cinema and culture by bringing out the country’s young, talented artists and providing a means to showcase this potential. With the backing of KFS’ partner organisations and the Provincial and Federal Governments, KFS is determined to contribute to the development of Pakistan’s film industry.

The Pakistan International Film Festival (PIFF) is the largest film festival in Pakistan. PIFF’s mission is to create a unique platform which promotes both Pakistani cinema and Pakistani filmmakers by showcasing their films to diverse international audiences. The festival also plans to bring international filmmakers and their work to Pakistan to create an interactive space for exchange of ideas and for an open dialogue. PIFF aims to provide opportunities to encourage co-productions and to portray Pakistan as an exciting and vibrant country, with great cinematic potential.

Karachi Film Society is a non-profit organisation and parent body of PIFF founded by Sultana Siddiqui, founder and president of HUM Network Ltd and recipient of Sitara-e-Imtiaz. The founding members of KFS include Dr Ishrat Husain, Ameena Saiyid, Senator Javed Jabbar, Sirajuddin Aziz, Jamil Baig, Ronak Lakhani, Sharmeen Obaid Chinoy, Sayeeda Leghari, Dr Khurshid Qureshi and Dr Fauzia Saeed. The primary goal of Karachi Film Society is to improve access of the people to innovation and excellence in different categories and genres of cinema and films and to create a space which motivates Pakistani filmmakers, artists and talented individuals to share their skills and adding to the industry’s progressive growth locally as well as on a global scale.