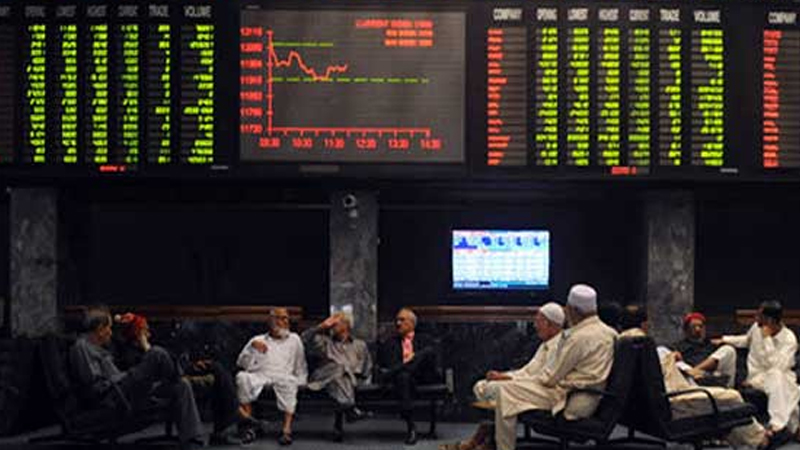 Bullish momentum continued to rule the market sentiments at Pakistan Stock Exchange (PSX) as stock extended its winning streak into the third day owing to positive news-flow over resolution of long term IPP issue and government’s decision to renegotiate tariffs and tax issue with the IMF, lifted market sentiments.

During the session, investor sentiments were primarily buoyed by the news regarding the resolution of the long-awaited IPPs issue following the Economic Coordination Committee’s decision to pay the first tranche of outstanding dues of one set of IPPs, and further delay the payments of unpaid bills of another is discriminatory given that the government has signed identical agreements revising the terms of their original power purchasing agreements. The government had renegotiated contracts with 47 IPPs set up between 1990 and 2013, which will potentially save it over Rs800bn in future payments to them and slow down fresh build-up in the power sector’s circular debt. In return, it had agreed to pay them their unpaid bills of Rs403bn in two instalments.

Investors’ sentiments were also lifted after Finance Minister, Shaukat Tarin stated that a policy has been prepared to shift from stabilization mode to economic growth and there might be some renegotiation with IMF over a delay in an increase in power tariff. Finance Minister Shaukat Tarin said he has informed the International Monetary Fund (IMF) that increasing taxes or tariffs was currently unfeasible under the IMF programme, adding that Prime Minister Imran Khan is against a tariff hike. Moreover, the market continued to show optimism, as KSE-100 profitability on a year-on-year basis posted a record increase, primarily led by Fertilizers, Cement, Banks and Chemicals which rounded out the top five spots in the ranking of most profitable sectors.

Sentiments also edge towards stabilization as the coronavirus positivity rate has begun to reduce, elevating hopes of no economic impediments in the future. During the session Market Capital increased by Rs.54.34 billion, while total value traded decreased by 5.34 billion to Rs.9.47 billion.

According to the National Clearing Company of Pakistan Limited (NCCPL) foreign investors were net sellers of about $35,000 worth of equities. Among local investors, Other Organizations and Companies led the buying chart and mopped up $2.5 million and $1.8 million worth of equities.

However, Mutual Funds and Banks led the selling chart offloaded $1.23 million and $1.17 million worth of equities.

During the session, sectors which lifted the index were Cement with 80 points, Commercial Banks with 55 points, Technology & Communication with 33 points, Tobacco with 25 points and Power Generation & Distribution with 14 points. Among the scrips, the most points added to the index was by Lucky Cement which contributed 61 points followed by TRG Pakistan with 37 points, Bank Al Falah Limited with 26 points, Pakistan Tobacco with 25 points and Kot Addu Power Company with 14 points.

After several relentless attempts, the stock market finally closed above the 45,000 level on the last day of the trading week. The index gained 2.1%, posting a week’s high of 45,245 points and week’s low at 43,630 points respectively. During the earlier sessions of the week, the market faced severe pressure owing to pending open futures positions, due to which the index kicked off the week with heavy selling pressure. Moreover, the government issued notification of a 9-day long lockdown also weighed down the index but investors optimism kept the market afloat. However, the average trading volumes declined by 29pc to settle at 241 million shares and the trading value also declined by 41 pc to average at $70 million. Energy sector payment approval and decline in Covid cases lifted market sentiments and the index during the week. On the international oil front, the Brent and WTI closed at $69.2 and $65.8 per barrel, up 2.9% and 3.4% WoW, respectively.

However,Lockdown to control third wave and higher than expected monthly inflation at 11.1% kept the market keep the index under pressure.Despite decrease in active covid cases (?7.7% WoW), the 9-day lockdown from 8th-16th May will materially reduce economic output of the country. This had investors caught up on whether to invest further or exit the local bourse. Moreover, inflation in the month of April jumped to 11.1%, the highest rate in the past 13 months and significantly higher than market expectations. Hike in inflation left investors concerned about future interest rates despite SBP’s forward looking guidance on gradual interest rate increases in their MPC meeting notes. Moreover, the market showed optimism, as KSE-100 profitability on a year-on-year basis posted a record increase, primarily led by Fertilizers, Cement, Banks and Chemicals which rounded out the top five spots in the ranking of most profitable sectors.