“A lie told once remains a lie, but a lie told a thousand times becomes the truth.” Spoken by none other than Dr. Joseph Goebbels – the propaganda minister during Hitler’s Third Reich.

Are we living in the frightening post-truth era, or can we simply be defined as a post-truth species? According to Yuval Noah Harari in 21 Lessons (231-244), self-reinforcing myths have been used as a tool to unite human collectiveness, pre-dating the internet age, to as far back as the Stone Age. He goes on to explain how necessary this is for cooperation and how false stories sometimes hold an intrinsic advantage over the truth when it comes to uniting people.

Although he may have a point, considering fake news has existed even before the internet took over the world, the technological boom has taken the world by storm – shaping, influencing, and sometimes even manipulating public opinion. Can you honestly say that while you sip coffee in the morning and scroll down your Facebook feed, everything you come across is 100% true? Well, for that you would first have to define the term ‘truth’.

Truth can be something that corresponds with the facts. But who controls the facts? Can one say, they who control the facts, control the truth? Or perhaps, what the majority deems as true is in fact the truth? Consider the Arab Spring and how quickly the revolution spread throughout Middle East and North Africa because of a Facebook page, how social media was used as a tool to incite violence against Muslims in Myanmar, or perhaps how the Cambridge Analytical scandal manipulated public opinion before the 2016 US Elections. In these cases, those who control the truth, or even the opinion held by the majority to be true, might not be anywhere near the truth.

Mark Zuckerberg publicly apologized, indirectly admitting that Facebook was losing the war against hate speech – on account of the Myanmar violence; as well as breach of privacy and misuse of data of almost 87 million accounts – for political advertising purposes during the Trump election campaign. The Facebook-Cambridge Analytica data scandal prompted the biggest data crime investigation in history. These examples show the importance of social media in shaping the views of the masses, which in-turn, affect millions.

In Pakistan, public opinion is mostly religiously-charged. Why do I say this? Well, try scrolling through your social media for 10 minutes and tell me if you come across some preacher nudging you to properly follow Islamic principles, even though that suggestion might as well have little connection to the religion itself, and more so to socially constructed norms, or what the majority deems as ‘right’. While I’m not here to argue whether societal norms are inherently bad or whether public opinion is mostly flawed, however, the amount of information we see springing about on social media may as well have little to do with the actual truth. Hence, its legitimacy should definitely be questioned before downright accepting it.

This point is particularly worrying when we talk about blasphemy accusations. Countless cases have emerged on social media where an individual has been accused of blasphemy, and as a result has been beaten up or arrested – if the individual is lucky. Many just become casualties of mob violence. Remember how Mashal Khan was lynched after being ‘accused’ of posting blasphemous content online? Vigilante justice prevails, even over fake news.

So, is freedom of speech just an oxymoron? Well, as long as you agree with the popular opinion, you’re untouchable. But if you question the existing status quo then it’s pretty likely that you’ll be shown the stairway to hell – theoretically at the very least. So, can we rely on commonsense to prevail over the internet, especially when it comes to public opinion? I’d say no.

Hence, it is our social responsibility to question the legitimacy of any information we come across over the internet, before we start believing, or worse, sharing it.  This is not to claim that public opinion should always be seen as something negative, it just means that we should put on our analytical lenses and try to explore various sources before reaching a conclusion, especially when the information is sensitive in nature.

Unfortunately, public opinion, intolerance, and misinformation seem to be running rampant in today’s world, and even though we may have always lived in the post-truth era, the circulation of information has massively increased as the internet has diminished geographical boundaries. Moreover, just because the majority believes in something, doesn’t mean it’s right. Just take Brexit as an example. As the world moves towards globalization and talks about opening its borders, countries like Britain and the US move towards nationalism and take a more conservative approach.

Social media, emotions, and bots – all these shaped public opinions during both Brexit and the 2016 US Elections. Data mining activities and advanced algorithms, together with an aggressive use of psychological political advertising, steered public opinion to a certain direction which not only posed an ethical dilemma, but was also a downright manipulation of results and it’s not going to stop here. With the Internet of Things shaping our everyday lives, Big Data analytics discovering hidden patterns, augmented reality distorting reality, and access to information becoming easier and quicker than ever, the pace at which the internet is becoming an unprecedented tool for shaping and manipulating public opinion is fascinating, yet disconcerting.

If we don’t set the pace ourselves, we will be swept away by the digital tide – quite literally. Whether it’s the next election, next revolution, or even the next clothing trend, the internet provides interconnectivity which allows someone from Lahore to instantly connect to someone living in Texas. And with greater interconnectivity leads to questions arising about freedom and security in a world which never sleeps. Hence, it is an ethical dilemma and a moral responsibility to find answers to those questions and not jump the bandwagon. Why? Because commonsense has become rare these days. You should never underestimate the power of human stupidity. 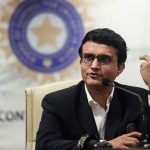