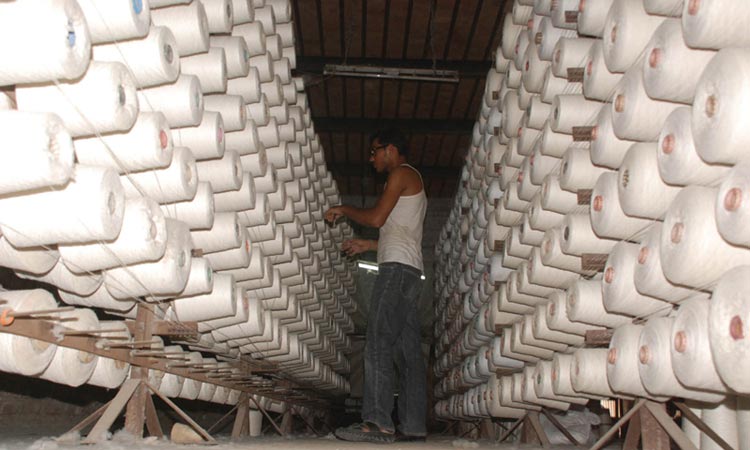 Major polyester filament yarn (PFY) importers on Monday challenged the verdict of customs appellate bench of the Sindh High Court, that had allowed the Directorate General of Customs Valuation Karachi to assess the traders’ consignments as per the existing formula under Ruling 1387 of 2019.

The customs authorities had determined customs values of the PFY through Valuation Ruling 1387 of 2019 under Section 25-A of the Customs Act 1969 on September 03, 2019, saying customs values of the PFY were earlier determined vide Valuation Ruling 1362 of 2019 on April 25, 2019. The authorities claimed that several meetings with different stakeholders including Pakistan Yarn Merchants and Manufacturers Association were held to deliberate over the issue of valuation of PFY.

However, the PFY importers were not satisfied with the determination of Valuation Ruling 1387 of 2019 and challenged the instrument before Director General of Customs Valuation Karachi that didn’t provide remedy to them. Upon which they invoked the jurisdiction of

To which, Bilal Brother Industries and other 43 PFY importers invoked jurisdiction of Special Division Bench Customs Appellate Tribunal Islamabad, challenging the valuation ruling 1387 of 2019 in respect of yarn filament being on higher side. The PFY importers contended that they were seriously aggrieved and highly prejudiced by the actions of the Customs authorities and urged the Special Bench to set aside valuation ruling 1387 of 2019.

Substantiating their arguments, the importers alleged that the formula laid down in the Valuation Ruling 1387 of 2019 was absolutely vague and absurd, saying it doesn’t meet the contemporary demand of the present national and global market situation.

The importer further contended that in the prevailing situation of China and United State trade, the imported goods are freely available at a very low price and as such in this scenario, the laid down formula in the Valuation Ruling 1387 of 2019 is absolutely against range of the honest prompt, regular and genuine importers. The PFY importers also alleged that Customs department has malafide intentions in order to facilitate and to protect the illegal and unlawful rights of local manufacturers against the norms of natural justice.

They pointed out that Customs department is ignoring the well reputed web-site CCFEI that provides update value of the goods on a daily basis. After hearing the arguments of both the sides, the Special Bench Chairman Muhammad Sajid Abbasi set aside the Valuation Ruling 1387/2019 terming it has no lawful authority.