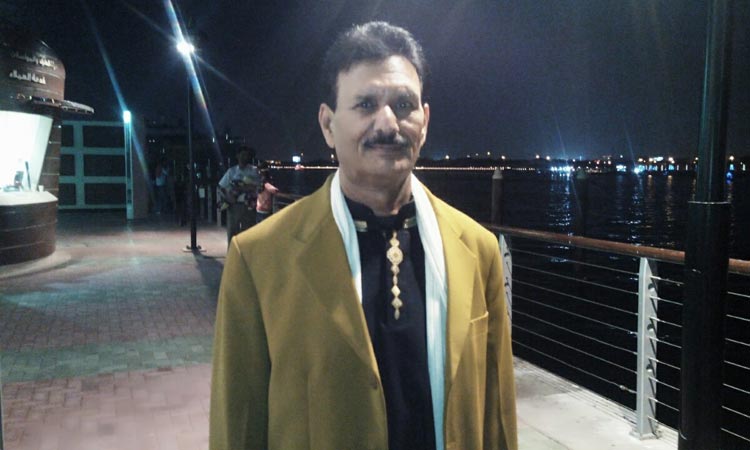 This Ghazal number is a typical representative musical production of top quality; this organisation has offered during last four decades. There are dozens of other examples that could be quoted here. Unfortunately, this department that had hired and groomed melody makers and instrumentalists has been disbanded. That is not the issue to be discussed here as we want to talk about Asif Javed who used to record at least one ghazal for CPU on monthly basis in 1970s to 1990s. The producers used to book artists, poets and music composers on a monthly chart approved by director programmes at headquarters. Not that new artists were not given a chance but senior artists would also be honoured by recording songs in their voices like Mehdi Hassan, Fareeda Khanum, Ghulam Ali, Ustad Amanat Ali Khan, Iqbal Bano, Ustad Nusrat Fateh Ali Khan, Hussain Bukhsh, and alike. The next tier comprised the regulars like Mahnaz, Nahid Akhtar, Parvez Mehdi, Salamat Ali, Ghulam Abbas, Ijaz Qaiser, Hamid Ali Khan, Taranum Naz, A Nayyar, Anwar Rafi and Dr Amjad Parvez.

I may be excused if I am missing some names. Most of the artists I have mentioned are no more. The latest to join the Almighty is Asif Javed. Being an approved singer at Radio Pakistan used to be a matter of prestige for an artist. There were rigorous audition formalities a singer had to undergo by getting a lower category, ascending to higher category and then OS in due course of time. Each artist mentioned above had to go through this hard work. Asif Javed also achieved this honour by sheer hard work. Radio Pakistan and later Pakistan Television became the breeding grounds for artists. One could say hello to each other in corridors, canteens or the concerned producers’ rooms. That atmosphere does not exist anymore. Government organizations do not have music in its priority list. That is why one does not see new artists or instrumentalists coming up. Even the senior artists barring a few have no work. With Lahore’s film industry already having almost zero output, Karachi film industry also going slow, Radio not in a position to offer any work to musicians and PTV also offering minimal work due to pandemic, the artists are dying out of extreme financial hardships. The latest casualty is that of Asif Javed after Shaukat Ali.

Asif Javed was a popular figure among the fraternity of music artists and producers mostly because of memories he shared of his association with his Ustad, Mehdi Hassan Khan, apart from his singing proficiency

Asif Javed was a popular figure among the fraternity of music artists and producers mostly because of memories he shared of his association with his Ustad, Mehdi Hassan Khan, apart from his singing proficiency. His son Imran informed in an interview with a journalist Moin Zubair on the funeral that his father belonged to Gujrat but opted to move to Lahore. He had God gifted talent of singing and he used to sing Mehdi Hassan’s songs. After great struggle he managed to meet Mehdi Hassan and asked him for tutelage. Mehdi Hassan agreed after listening to him. So Asif Javed started using Mehdi after his name.

Asif Javed’s son Ali also mentioned that his father had got vaccinated from Expo Centre. His second doze was on April 02, 2021, the day folk singer Shaukat Ali expired. Since both were good friends he did not listen to his family stopping him to go for funeral but he insisted to go. After his return, he caught fever and started coughing. His family started treatment of the doctor close to where they lived. He was diagnosed with pneumonia. When his condition deteriorated he was taken to Mayo Hospital where he was kept in ICU Ward but he died on April 19, 2021. His family had appealed to the government for help in medical care but none came. Even singer Anwar Rafi appealed for government’s help on a YouTube message but it was perhaps too late as time was not on Asif Javed’s side.

Since the day Asif Javed expired, all his friends are offering condolences with each other. On April 24, 2021, I condoled with a common friend singer Inayat Abid. During conversation he revealed that Asif Javed was a first cousin of singer Shaukat Ali as their mothers were sisters. Asif’s mother married outside family in a non-gharana set up, hence Asif Javed added Mir at the end of his name. Apart from Asif’s two sons mentioned above, he has five daughters who are luckily married.

Asif Javed had a deep resonant voice and he used to keep balanced tonal variations suited for Ghazal singing not that he did not render Geets and Punjabi folk songs. In the middle of his career he opted to become pupil of melody maker Nashad and sang a few songs in his music for some films as a playback singer. He also rendered songs for private music companies like EMI Pakistan Ltd. One example is that of Nasir Kazmi’s Ghazal ‘Gali Gali Meri Yaad Bichi Hei Payare Rasta Daikh Kei Chal’ composed in Geet style. Asif Javed shall live through his music.