NAB does not believe in victimization: Chairman NAB 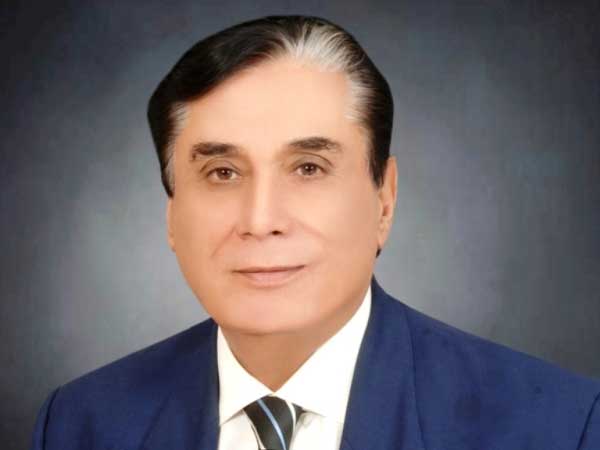 Justice Javed Iqbal, Chairman NAB has said that NAB has solid evidence against big fish in the cases related to money laundering, fake accounts, misuse of authority, assets beyond known sources and cheating the public at large. NAB has filed 1269 corruption cases having an accumulative value of Rs 950 billion which are subjudice in the learned accountability courts.

Chairman NAB said that NAB during 2020 has recovered Rs 321.4829 billion from corrupt elements which is a record achievement in only one year as compared to other years which shows commitment and dedication of NAB officers towards performance of their national responsibilities in eradication of corruption from the country. He said that NAB has received 487,964 complaints, authorized 15,930 complaint verifications, 10,041 inquiries and 4,598 investigations since inception. while 3,682 references were also filed during the aforementioned since its inception. NAB has recovered Rs 790 billion directly or indirectly from corrupt elements since bureau’s inception, which is more recovery as compared to other such anti corruption organizations.

NAB is a people friendly institution. The performance of NAB has been lauded by reputed national and international institutions. NAB has become a role model for Saarc countries in eradication of corruption as Pakistan has become first chairman of Saarc Anti Corruption Forum which is a great achievement for Pakistan due to NAB. NAB is the focal organisation of Pakistan under the United National convention against Corruption (UNCAC).Pakistan is the only country to whom China has signed a memorandum of understanding (MoU) for eradication of corruption. Pakistan and China are jointly working for ensuring transparency in China Pakistan economic coordination CPEC projects. He said that NAB

NAB has its Headquarters in Islamabad and regional bureaus located at Rawalpindi, Lahore, Karachi, Quetta, KPK, Multan, Sukkur and sub office at Gilgit Baltistan. Today, NAB has been rejuvenated in order to eradicate corruption from Pakistan. The performance of NAB is being reviewed on a regular basis on the basis of monitoring and evaluation System. NAB has proved that its actions against corrupt elements are across the board as NAB does not believe in victimization. The prestige and repute of NAB has increased manifold due to its indiscriminate and visible action against big fish.