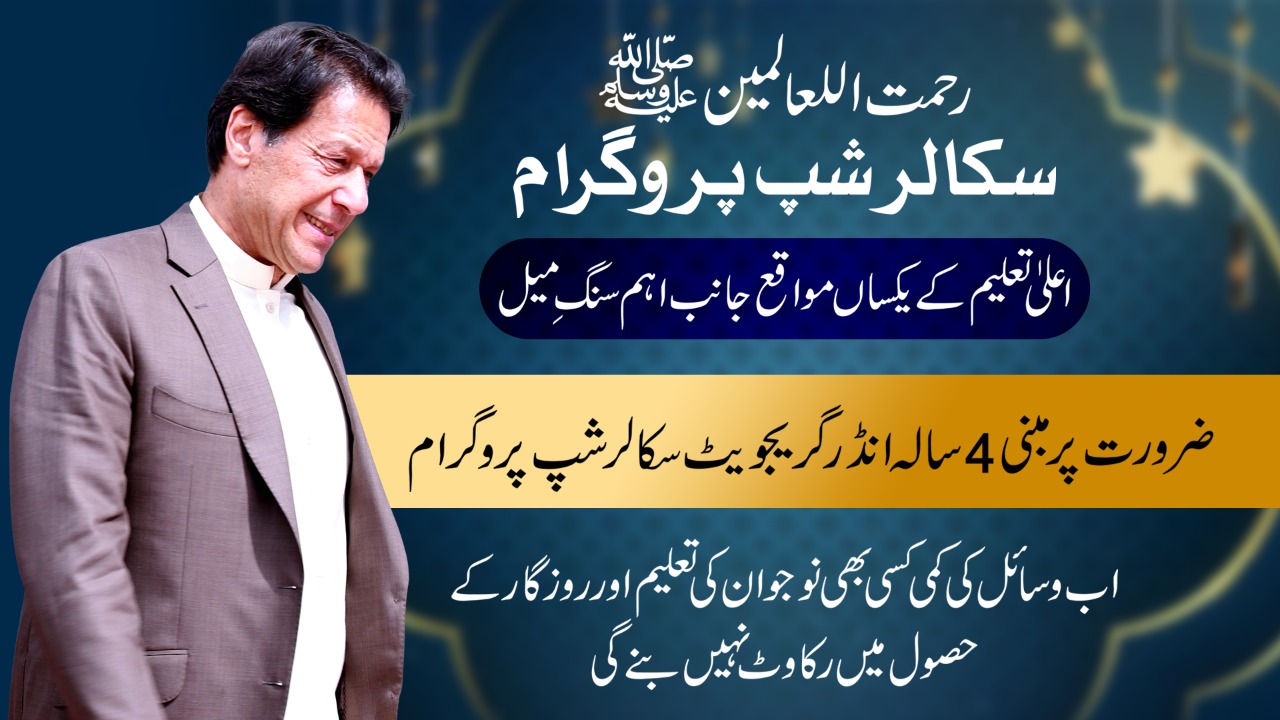 “As part of a comprehensive policy to reform the country’s education system, the government has announced a number of scholarship programs for students from low-income families across the country under the Rehmatul-il-alameen Scholarship Program.” the PM office said in a series of tweets.

The Rehmatul-il-alameen Scholarship Program is a national program being launched by the Higher Education Commission at the federal level to provide access to undergraduate education to students from low-income families.

A budget of Rs 27.93 billion has been approved for this program, which will be utilized over the next 5 years. The program will be implemented in 129 public sector universities across the country.

Federal Minister for Education Shafqat Mahmood said in a tweet that 50% scholarships will be reserved for women.