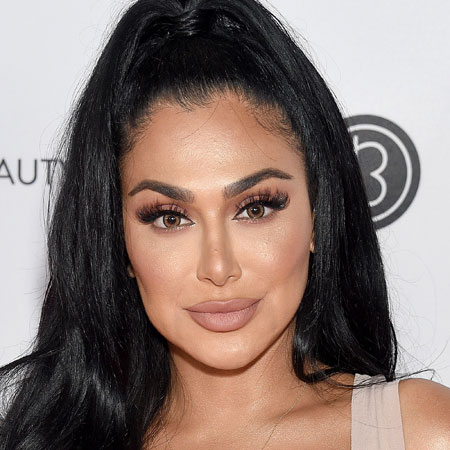 Make-up mogul Huda Kattan said she has had enough of beauty filters because they sell lies. “I look at my daughter, she’s nine,” she told Sky News.

“She thinks it is normal to use filters and I don’t like that.”

Huda wants influencers and beauty brands to put out a disclaimer or hashtag with photos that have been edited, because people must know they have been digitally enhanced. Without doing so, people are being sold lies, she added. It can damage both self-confidence and self-esteem.

“I’ve had enough,” Huda said. “When are we going to start being real?”

According to a survey by Girlguiding, a third of young women don’t post their photos unless they have altered their appearance using filters and editing applications.

Huda believes the problem with using filters arises when you fail to recognise a person because they look unrealistic and this is deemed beautiful.

Actor Hania Aamir has defended beauty filters, too. She said that filters are now part of everyone’s life and there is nothing wrong with using them unless there is pressure to do so.

Huda has a combined online following of 70 million and she is one of the most successful make-up influencers in the world.

According to a report by Technology Review, beauty filters have changed the way young women see themselves as they allow them to change their appearance and even look like the celebrities whose looks they fancy.

Women have become subjects in an experiment showing how people represent themselves in the digital space, create their own identities, and interact with others. A Snapchat spokesperson stated that 200 million users transform the way they look daily.