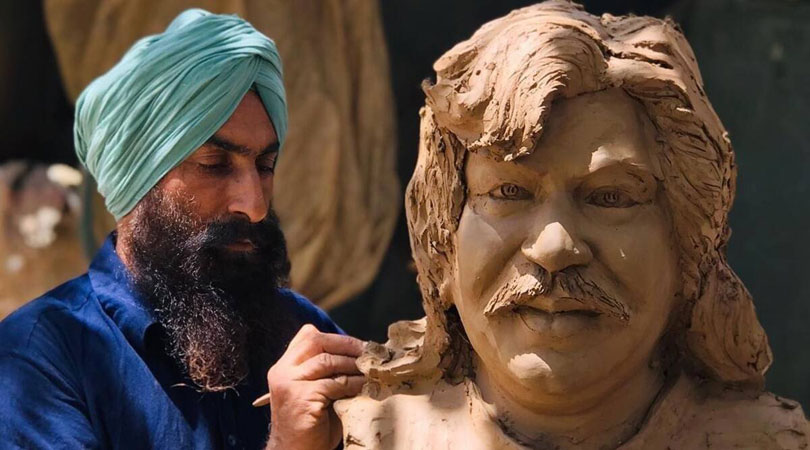 Indian artist Manjit Singh has honoured the late folksinger Shaukat Ali with a bust in Ghal Kalan village, according to Indian Express.

“He had recovered but four months back his condition again deteriorated and his liver stopped working completely,” Shaukat’s son Imran said. “He died at a hospital in Lahore Friday.” His treatment lasted 18 days, Imran added.

Shaukat’s death was mourned by the Punjabi literary and folk community in Indian Punjab too, where his music was equally popular.

Shaukat performed Saathiyo Mujaahido during the 1965 war, which is popular to this day.

He sang sufi kalaams too, such as Heer Ranjha of Waris Shah and Saif ul Maluk.

Shaukat was awarded the Pride of Performance award in 1990.