The meaning of Hell 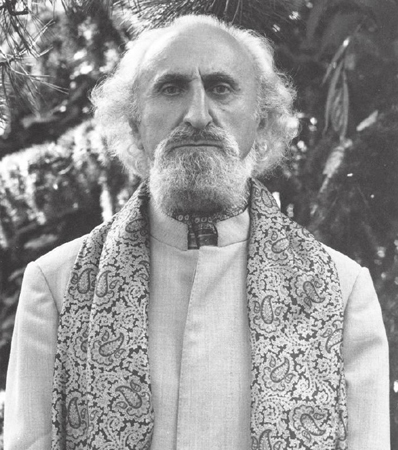 According to mystical belief, to be human is to be accountable to God, to accept the measure called absolute.

Our human state is such a treasure that we are not ready to exchange it for anything. If we are offered all the treasured things of the world on the condition that we renounce our human state and become beasts, we will not accept the bargain. The cost of failing to realise responsibilities or potentialities of human state can’t be anything less than hell. As Frithjof Schuon, metaphysician and doyen of traditionalist school, writes, “The notion of Hell becomes perfectly clear when we think how senseless it is-and what a waste and a suicide-to slip through the human state without being truly man, that is, to pass God by, and thus to pass our own souls by, as if we had any right to human faculties apart from the return to God, and as if there were any point in the miracle of the human state apart from the end which is prefigured in man himself; or again: as if God had had no motive in giving us an intelligence which discerns and a will which chooses.”

Peter Kreeft, a contemporary philosopher and theologian, writes, “In reality, the damned are in the same place as the saved-in reality! But they hate it; it is their Hell. The saved love it, and it is their Heaven. It is like two people sitting side by side at an opera or a rock concert: the very thing that is Heaven to one is Hell to the other. Dostoyevski says, ‘We are all in paradise, but we won’t see it’…Hell is not literally the ‘wrath of God.’ The love of God is an objective fact; the ‘wrath of God’ is a human projection of our own wrath upon God, as the Lady Julian saw-a disastrous misinterpretation of God’s love as wrath. God really says to all His creatures, ‘I know you and I love you’ but they hear Him saying, ‘I never knew you; depart from me.’ It is like angry children misinterpreting their loving parents’ affectionate advances as threats. They project their own hate onto their parents’ love and experience love as an enemy-which it is: an enemy to their egotistic defences against joy.”

Peter Kreeft, a contemporary philosopher and theologian, writes, ‘In reality, the damned are in the same place as the saved-in reality! But they hate it; it is their Hell. The saved love it and it is their Heaven’

Swedenborg famously saw souls dragging themselves to hell in his vision of the otherworld. It is a strange world where people are embracing happily their imagined hells. For instance, we know many radical literalist fundamentalists are enjoying burning with hatred for mass of believers. They are dying for want of a little humour or tolerance of a world that can never be not-world or heaven. This becomes easily comprehensible by noting human behaviour. Victor Frankl, celebrated author of works on Holocaust and the meaning of life, has noted that some of the prisoners in concentration camp at Auschwitz, despite having yearned desperately for their freedom, had been held captive for so long that when they were eventually released they walked into the sunlight, blinked nervously and then silently walked back into the familiar darkness of the prisons to which they had been accustomed for so long.

The point made by traditional authorities that we are punished by sins and not for sins if pondered over resolves all the key difficulties of the doctrine regarding hell and especially the fear that we might be punished for this or that transgression/minor sin. Just keep in mind that any action that alienates us from ourselves, that blocks sunshine of love, that puts ego before God and neighbour has to be/is punished.

Earlier or later all are granted entry to heaven except those who don’t enter it thanks to pride as heaven is a space where ego or resistance to love, to other, to being open can’t be. What goes to hell, said C. S. Lewis, is “not a man, but remains.” A proud man is not a man but a deformed creature who has chosen to hide in a crevice when there is an open sky and the shining sun. Kreeft has observed,

Since God is love, since love is the essence of the divine life, the consequence of loss of this life is loss of love…Though the damned do not love God, God loves them, and this is their torture. The very fires of Hell are made of the love of God!

Auden’s following remarks illuminate another dimension of the question.

The gates of Hell are always standing wide open. The lost are perfectly free to leave whenever they like, but to do so would mean admitting that the gates were open, that is to say that there was another life outside. This they are afraid to admit, not because they get any pleasure from their present existence, but simply because the life outside would be different, and if they admitted its existence they would have to lead it. They know all this. They know that they could leave and they know why they don’t. Their knowledge is the flame of Hell.

One recalls Ibn Arabi’s emphasis on the point that denizens of hell will be hooked or attracted to hell for its compensatory graces and will not part with blocks of fire they are living with. From Milton to Ghalib to Auden we find clear recognition of the point that we can preview hell just by looking around or within and are all the time facing judgment or negotiating the “straight bridge.” “For the Divine Law, whatever its nature, operates here and now.” As Kafka says: “Only our concept of Time makes it possible for us to speak of the Day of Judgment by that name; in reality it is a summary court in perpetual session.'”

In his Kitâb al-fâna’ fi-l mushâhadah IbnArabi interprets hell as lack of submission, be it to the explanations of His friends or as an imagined distance between the seeker and God, and so all are in that condition until they follow Him who says “I am your Lord.”

For him it is the exclusive choice made out of ignorance or short sightedness of certain limited “enjoyments” that veil men from the full awareness of God which ultimately constitute each particular “dwelling” among the many levels of Hell. After lifting of the veil he sees what he considered as his happiness to have been really suffering and potentially purifying punishment.

Reality can’t be subject to one’s sentimental criterion that one owes nothing to reality and should be spared the encounter with one’s own veiled reality. And hell is simply a painful realization that a great prize has been missed. And if one chooses darkness, ugliness and filth out of one’s own free will God still wants to help by showing the soul its true station and its missed opportunity.

The idea of hell can’t be dismissed without dismissing self-understanding of major religious traditions, great mystics and sages nurtured in traditional cultures and great mytho-poetic legacy of mankind. Not just such religions as Christianity and Islam but nontheistic religions of India have an elaborate eschatology of hells. No great psychologist and writer could muster discredit the fact of seeds of hell within or hell on this side of grave – man against himself or his personality split or fragmented by conflicts, suppressions, regrets, worries, daydreams etc. Milton aptly said that man can make a hell. Iqbal’s point echoing certain Sufis that hell and heaven are states and not locations is easy to affirm for most moderns. What is indisputable for any psychologist, philosopher, theologian and artist is the evil within that is named differently and engaging with what defines the content of great myths, epics, moral tales, scriptures, art works and poetry.

We have a choice – to surrender our self-will and love unconditionally. For the moments one loves unconditionally, one tastes something of heaven. Most people, unfortunately, choose to dictate to the world the projects of their egos and can’t accept being nobodies and loving unconditionally. Drugs, gossip, most modern day entertainments are means to forget our serious business of knowing the Self/no-self/the Real. We are in hell and continuously seek one or the other distraction to relax so that the realisation of pain subsides.

The writer can be reached at marooof123@yahoo.com