KSE-100: Stocks inch up as investors struggle for direction 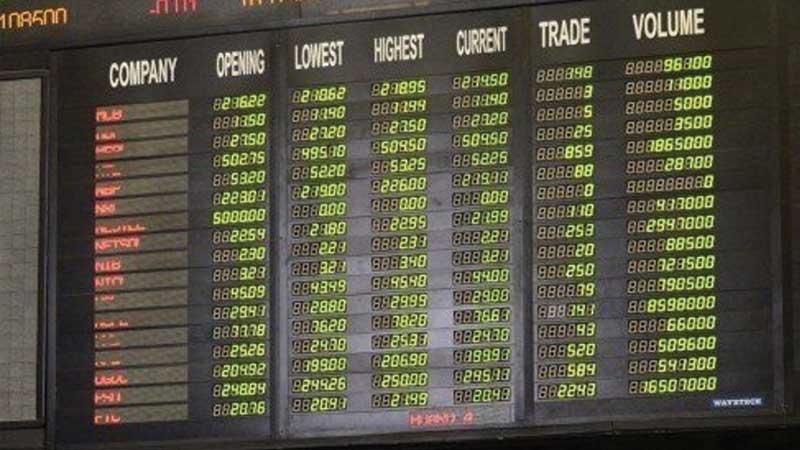 Investors continue to struggle for a direction at Pakistan Stock Exchange (PSX), as benchmark KSE-100 hardly changed after moving both ways with trade drying up on Covid-19 worries. On Wednesday, the benchmark KSE-100 gained 96.82 points by the closing bell to clock at 44,587.85 level.

Following Monday’s blood bath market participants have been treading cautiously as pessimism over the economic situation and renewed lockdown restrictions continued selling pressure at the bourse.

On Wednesday, the index opened on a positive note as investors cheered the government’s announcement, that it successfully sold $2.5 billion worth of Eurobonds to foreign investors. Analysts claimed that Pakistan’s dollar-denominated Eurobonds have been oversubscribed almost two times after receiving raving response to attractive interest rates from foreign investors, and expect the country to raise additional $2 to $2.5 billion through conventional bonds with tenors of five, 10 and 30 years.

Investors’ sentiments were also buoyed by the country’s central bank announcement of the receipt of $ 499 million under IMF’s Extended Fund Facility. Investors, however, were largely muted over the government’s decision to remove Dr Abdul Hafeez Shaikh from the post of finance minister and replace him with Minister for Industries and Production Hammad Azhar.

However, the market failed to extend gains in late hours as investors’ sentiments were impacted by an uptick in coronavirus cases that shattered investors’ confidence. It also continued to express displeasure as owing to the pending conclusion of a National Accountability Bureau (NAB) inquiry, the government missed the deadline for payment of the first installment of about Rs.85 billion to about 19 independent power producers (IPPs) required under an agreement signed on Feb 28.