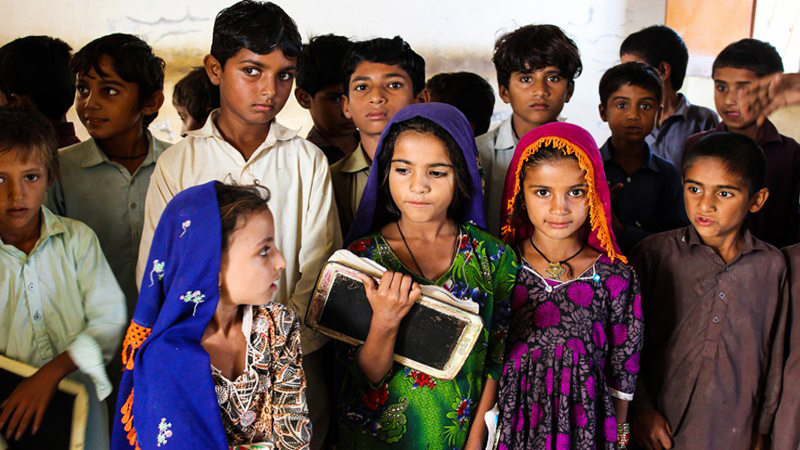 Partab Shivani, the chief executive officer of Thar Education Alliance, has said that after the successful organization of Thar Science Festival 2021 in Mithi town a few days back, the international agency like JICA have shown their interest to work for the betterment of education in the Tharparkar district Mr Shivani speaking to the media persons in his office in Mithi on Tuesday along with is team members said that during various sessions people from across the country not only encouraged the students of more than 44 schools of the district for their science models and objects but had also shared the novel new ideas to bring more positive changes in the improvement of the system in Thar.

“Mr Abid Gill, the deputy country head of Japan International Cooperation Agency (JICA) in Pakistan said that his agency was all ready to educate all out of the school youths of the district with the active assistance of the functionaries of Sindh government through an informal way by setting up a modern institute” he added and said that the proposal from Mr Gill was fully seconded and endorsed by PPP MNA from Tharparkar, Dr Mahesh Kumar Malani. Mr Shivani informed that Dr Malani requested Mr Gill to go ahead with his novel idea to educate the youths by establishing a modern center in his constituency or in any other town of the district and announced to extend him the full support in their sincere efforts to educate Tharis. ” This will be certainly a big achievement if their dream of educating all out of the school kids is fulfilled with the sincere offer from Mr Gill” he added.

He said that one of the speakers, Ms Sanam Khoso came up with the wonderful idea that all female teachers like doctors and paramedics should also be given the hard allowances as the incentives to boost up the falling standard of the education in Tharparkar. He said that Mr Asad Shoaib of Bahria University of Islamabad also shared the valuable information and encouraged them to organize a wonderful science festival comprising the various features and events in the shortest possible time. He said that the speakers had also expressed their resentment that only 16 government high schools out of 64 had the science laboratories, adding he said that the keynote speakers of the events also assured them of their assistance and support to raise their voice on such state of the affairs of the government schools. He informed that many speakers urged upon the concerned high-ups of Sindh government to establish a science academy in Thar after the name of Mr Rohan Kumar Khatwani, the wonder boy of Tharparkar, to provide the space and opportunities to the brilliant students taking keen interest in science and other related subjects. .Mr Shivani announced to organize Sindh Science Festival in Karachi by inviting the students from each district of the province and the experts from across the country. He said that speakers also spoke well on the preventive measures from the deadly coronavirus and briefed the audience about devastating impacts of the virus and way forward to tackle the pandemic in future while continuing with the necessary activities like studies.