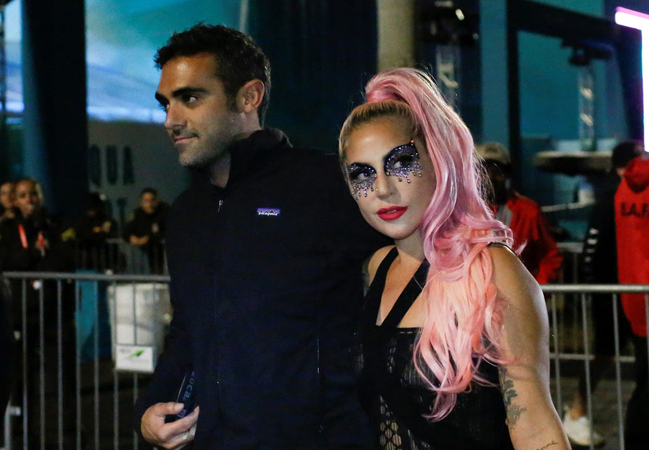 Lady Gaga doesn’t exactly live an average life, so it goes without saying that a regular bouquet of birthday flowers simply wouldn’t do.

Fortunately, her new boyfriend Michael Polansky knows exactly how to make the A Star Is Born actress smile.

On March 28, the “Born This Way” singer took to Instagram to share a photo of herself hugging the massive basket of flowers sent her way by Michael in honour of the star’s 35th birthday. Gaga, who is currently filming House of Gucci in Italy alongside Adam Driver, wrote in the caption, “When your bf sends you all the flowers in Rome for your birthday.”

She gushed, “I love you honey. I can’t wait to be home with you and our dogs, that’s all I need.”

Fans will recall that in February, Gaga’s dog walker Ryan Fischer was shot while out walking her three pets. The suspect then stole two of Gaga’s three French bulldogs. At the time, Gaga was out of the country filming, and days later, the dogs were returned. Ryan recently opened up about his recovery and the scary ordeal on Instagram, writing, “A lot of healing still needs to happen, but I look forward to the future and the moment when I get bombarded with kisses and licks from Asia, Koji, and Gustav.”

On Sunday, the ‘Born this way’ singer took to Instagram to share a photo of herself hugging the massive basket of flowers sent her way by Michael in honour of the star’s 35th birthday

Gaga and Michael, the CEO of Parker Foundation, have been together for more than a year, following the end of the singer’s engagement to her agent Christian Carino. Though the two have kept a relatively low profile, Michael does occasionally pop up on Gaga’s Instagram-including in a recent picture of the two kissing back in January.

Last March, Gaga shared with the Kyle & Jackie O Show how she “did not like being single.”

“I felt like my career had kind of taken over everything and that my personal life was something that I didn’t get to have as much time to pursue and have control over and I got very sad,” she explained. Fortunately, it sounds like Gaga’s personal and professional life is thriving-as are her pups!