Council of Islamic Ideology comes up with new Anti-Covid slogan

On the recommendation of Council of Islamic Ideology (CII)  Lahore High Court (LHC) changed government’s anti-Covid19 slogan ‘Corona se darna nahi larna hai’ terming it ‘immoral’ and ‘un-Islamic’ because the virus is ‘God’s will’ which cannot be contested. 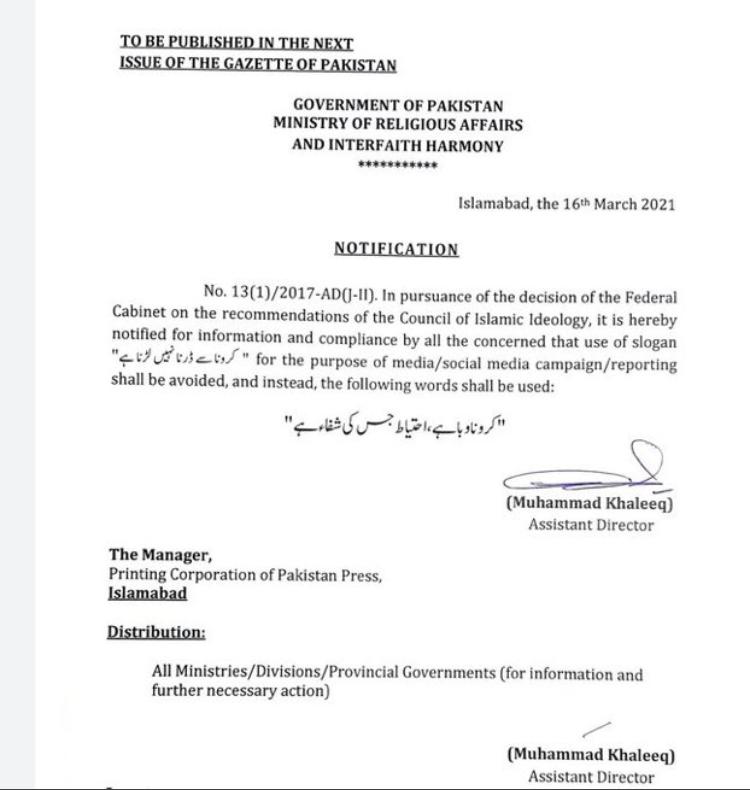 The government was advised to come up with a new anti-corona slogan before as well, but it had not complied. Chief Justice expressed his displeasure over the government’s inability to amend the tagline and asked it had not been done even 15 days after issuance of the orders. “Ask the officers of federal institutions to do their jobs or quit,” the chief justice said.