PM got vote of confidence in NA ‘through coercion’ 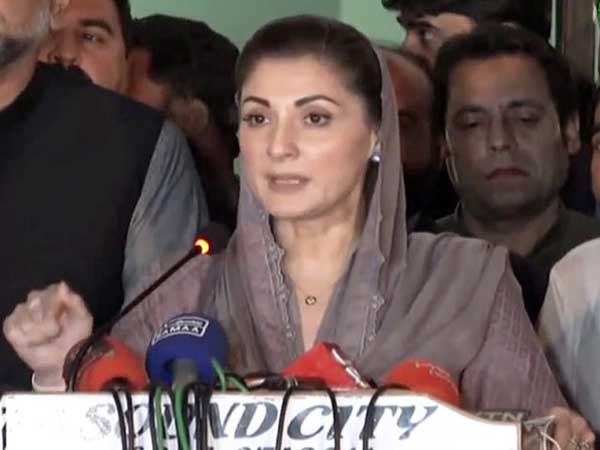 Pakistan Muslim League-Nawaz (PML-N) Vice President Maryam Nawaz Sunday claimed that Prime Minister Imran Khan obtained his vote of confidence from members of National Assembly through coercion, adding that two MNAs who had resisted the pressure were ‘locked up in a container for four hours’ and forced to vote in the premier’s favour.

Addressing a media conference following a party meeting, Maryam claimed that PML-N is in touch with two MNAs who were unwilling to cast their vote. “The prime minister knows that if he did not do any of this, he would not have won,” she said. “Imran Khan, you know that your time is up. You know that it is over for you,” she added.

Maryam warned the government that it will have to “pay a heavy price” for the way the PML-N leaders were “assaulted” a day earlier outside parliament. “The party will not take this lying down. The disrespect shown to senior leadership will not be tolerated,” she added.

The PML-N vice president denounced the assault on Shahid Khaqan Abbasi, Ahsan Iqbal, Miftah Ismail, Marriyum Aurangzeb, Murtaza Javed Abbasi, Khurram Dastagir and Musadik Malik which took place “in front of cameras” and said there was “great anger” within the party ranks over the matter. “You can keep this lecture you like to give us on ethics and morality to yourselves,” she said addressing the government. “You will have to pay a heavy price for this. If you slap us twice, we will slap you ten times,” she added.

Maryam said that the “thuggery” displayed, especially with Marriyum Aurangzeb, “is a debt on each PML-N member – one that they know full well how to pay”. She then proceeded to discuss in greater detail what had been deliberated in the meeting of senior party leadership. “The political landscape that has developed since the prime minister took his fake trust vote was discussed in great detail, as was the Chairman Senate polls,” she said.

Maryam claimed that it was “everyone’s consensus” that the way “the vote was forcibly taken with a sword put to everyone’s throats”, the exercise “has no legal standing, no constitutional standing, no political standing and no moral standing”. She cast aspersions on PTI lawmakers having voted against party lines and in favour of opposition-backed candidate Yousuf Raza Gilani in the race for the Islamabad general Senate seat and then “all of a sudden” voting for the prime minister two days later. “What prompted such a thing, that they changed their decision?” she asked, before answering her own query, saying: “The decision did not change [on its own]. It was forcibly changed.”

Maryam said that the night before the no-trust vote, the “entire Parliament Lodges had been turned into a bunker”, “as if it is North Waziristan”. “The entire night you kept a watch on your MNAs with drone cameras,” she claimed. The PML-N vice president said it was “unprecedented” that a leader, despite being in power, had been voted against by his own party members. She said this is besides the “lack of trust being expressed from the people of all four provinces”.