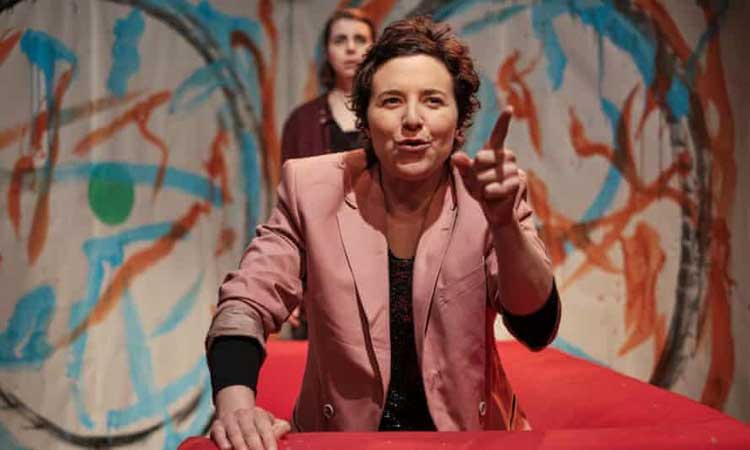 Stage and screen adaptations of ‘The Great Gatsby’ have traditionally gone big, maybe because the story lends itself to a grand scale. But the Wardrobe Ensemble and Wardrobe Theatre’s co-production revels in smallness. Filmed live this year, two women play all the parts with comic touches and immense gusto. It is a counterintuitive call that pays off, partly because the actors are so fleet of foot but also because of the intricately inventive stagecraft. In its essence, it is a conceptual retelling – rather like that of the Reduced Shakespeare Company – delightful for its minimalism and slick in its execution, however improvised it may appear. Jesse Meadows plays both Daisy Buchanan and Nick while Tamsin Hurtado Clarke is the flinty-hearted alpha male Tom Buchanan, who she plays like an overgrown frat-boy and also Gatsby, who she plays far straighter. They perform all the other roles too and manage to define each one sharply – with physical tics, accents and props but without diminishing characterisation.