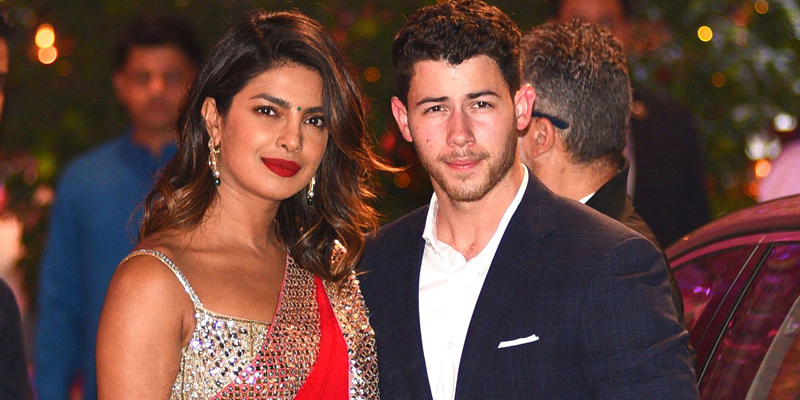 Priyanka Chopra and Nick Jonas have been going strong for quite some time now and their love only seems to be getting stronger with time.

In her recent detailed interview with Elle, the Quantico actor revealed how the couple’s ‘marriage pact’ keeps them glued together.

The pact requires the two to never go over three weeks without seeing each other when they’re both busy travelling around the world for work.

A source spilled the beans to HollywoodLife about how the actor wanted to make sure the world knew about their pact to help other couples keep their love alive.

“Priyanka felt it was important to reveal the secret to the success of her and Nick’s marriage,” said the source.

In her recent detailed interview with Elle, the ‘Quantico’ actor revealed how the couple’s ‘marriage pact’ keeps them glued together

“She knows it can be easy for fans and onlookers to view their relationship as perfect from the outside. And while Priyanka and Nick are both incredibly successful individuals, they’re also both equally as busy which has them constantly traveling so they can’t always be together,” added the source.

“They knew what they signed up for when they started dating and it takes a lot of work to maintain a happy and healthy marriage. But one of the reasons they’re able to do so and are still head over heels in love is because they put the work in and making the pact to always see each other keeps them connected,” they continued.

“Priyanka wanted to let people know that it doesn’t just happen. You have to put work in and just because people are celebrities, that doesn’t mean they’re any different and they have to make the effort like everybody else,” she said.

Another insider told the outlet: “Nick and Priyanka are both back at work. She’s in London (shooting Citadel) and Nick is in Los Angeles (shooting The Voice) so right now they are having to endure some time apart, which is tough. They didn’t even get to spend Valentine’s Day together this year.”

“But Nick did fill her hotel suite with roses so he still managed to make it romantic. He is always doing sweet things for her no matter how far away she is. He’ll randomly have flowers or her favourite chocolates waiting for her in her room when she gets back from shooting, that kind of thing,” they continued.

“And no matter what they always talk before she falls asleep. Even with the huge time difference he’ll stop whatever he’s doing to get on with her so they can say goodnight. He puts the effort in all the time to continually make her feel like the most loved girl. She feels incredibly lucky to have married a man like him,” they added.

Speaking about their plans to start a family, the grapevine said, “They are busy with work, so they want to time it all right on that front but when it comes to all other aspects of their relationship, it is in a word spectacular,” the insider said. “They are really a vibe unto themselves, it is quite the site to behold with the love they have for each other,” they added.