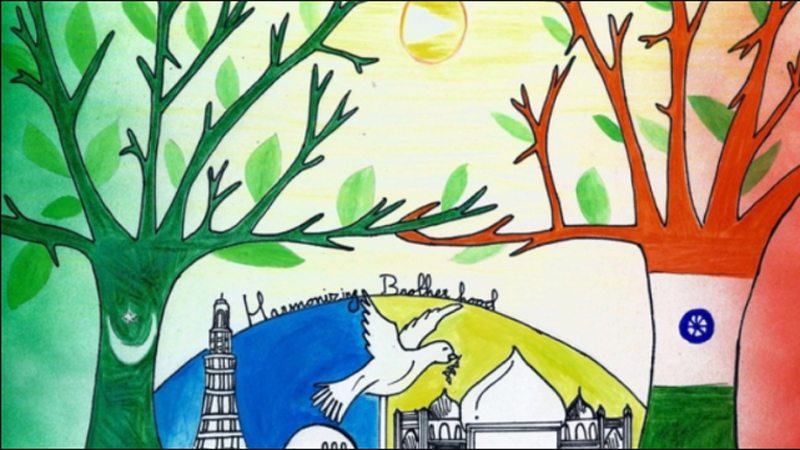 Over 200 citizens comprising from different walks of life participated in the online event. It is pertinent to mention here that students as young as nine years old to peace loving citizens as old as 93-year old advocated peace and enjoyed the session together. On both sides, this was the first such experience for some participants to interact and participate with someone from across the border.

The diverse audience on both the sides enjoyed not only important words by esteemed speakers and few eminent participants, but also from school teachers and young students. Basically, the peace calendar is a collection of selected paintings of Pakistani and Indian school students along with messages from 12 renowned persons who favour peace between Pakistan and India. 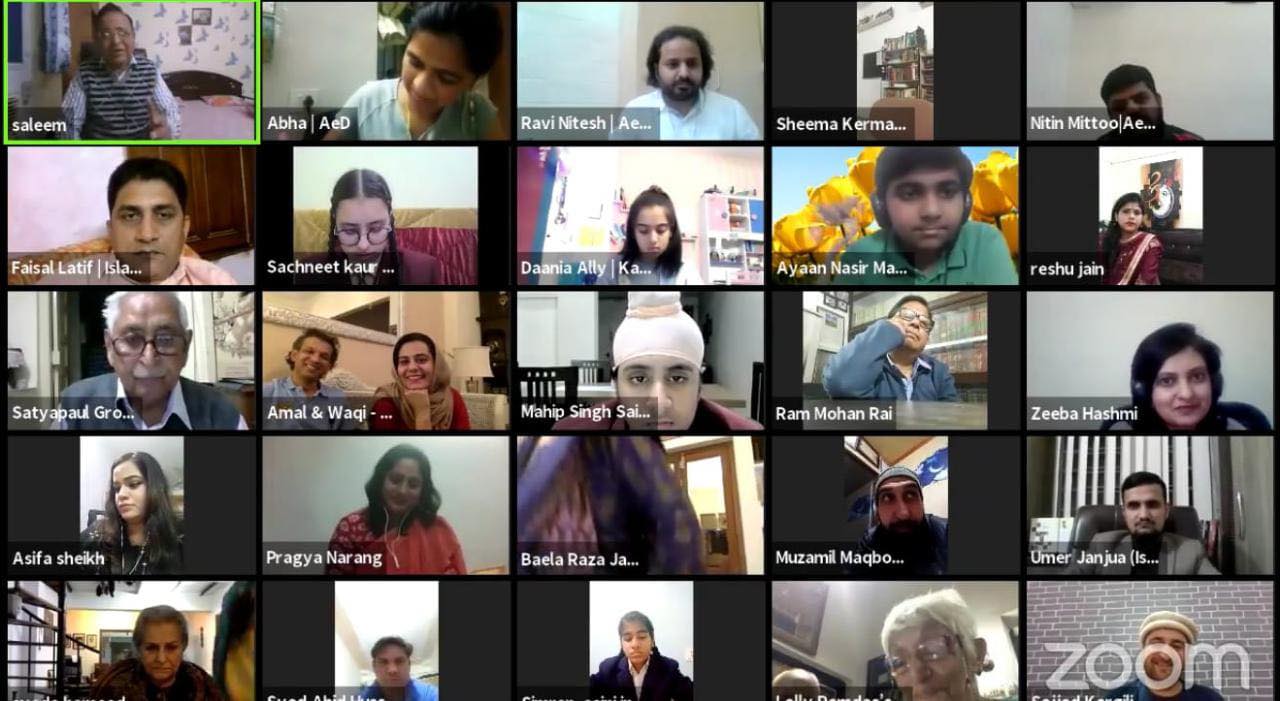 In earlier years, these calendars have been launched in several cities of Pakistan and India but owing to COVID19, the launch was shifted online which encouraged bringing together of speakers, students, and audiences from both the sides, something that was not possible in the physical world owing to visa issues. The event ended with beautiful couplets of Bulleh Shah, a Punjabi philosopher and Sufi poet.

Speaking on the occasion, Sheema Kirmani, one of the panelists and founder of Tehrik-e-Niswan Pakistan, reminisced her dance and theatre tours in India, especially focusing on one of her tours where she and her group performed a play – ‘Jinhe Lahore Nai Vekhiya, O Jamiya Nai’ – in 17 cities of India. Focusing on importance of cultural exchanges, she admired efforts of young students and encouraged them to adopt art for a positive change in the society.

Prof Saleem Kidwai, a former professor of India’s Jawaharlal Nehru University, suggested a liberalised visa policy, and shared anecdotes about how visa to each other’s countries often involves bureaucratic hurdles and painful rejections. He talked about how often his students, when they meet fellow Pakistanis or travel to Pakistan, were amazed at differences in the stereotype that media feeds them.

In an extremely light manner through stories, Saleem Kidwai effectively pointed out that the conflict was essentially owing to a lack of interaction between Pakistani and Indian people. During the event, young minds spoke their heart. Sachneet Kaur, a student from India, expressed how the relations between the two sides were just a puzzle that can be solved beautifully with patience.

Iraj Hassan, a student from Pakistan, expressed how cricket can be a medium to foster peace between Pakistan and India. Daim Samuel, another Pakistani student, said that he wish to see friendship between the two neighbor countries and to meet friends on the other side. Satyapal, a 93-year-old peace activist, expressed his happiness to see a bright future among young students who are expressing their desires for peace.

Aaghaz-e-Dosti founder Said Ravi Nitesh said that at a time when relations were turbulent between political establishments on both the sides, students of Pakistan and India expressed their desire for peace through this peace calendar. “This is something we need to recognise as a demand from the young community in both the countries where youths are of majority in population and their secured, safe, and peaceful future should be in agenda of the governments.”

Aaghaz-e-Dosti convener Raza Khan said that the initiative aims to create unwavering bonds of peace and friendship between Pakistan and India and seeks to become the medium to discover and recognise misrepresented reality on the other side of the border. He said that it is focused on citizen diplomacy and works primarily through peace education aimed at familiarising people about the ‘other’, countering stereotypes, and negative image of the other, educating them about issues of conflict, existence of diverse views, and developing critical thinking and a confidence in dialogue for conflict resolution.

Aaghaz-e-Dosti convener Devika Mittal said that importance of the calendar was that it was a collection of shared dreams and hopes for friendship which everyone will be reminded of every day. “This calendar is one of our peace education activities in schools and colleges. The purpose of these activities is to enable future leaders to forge the path to a better world by engaging them with aspects of critical thinking, civic engagement and dialogue as solution.” 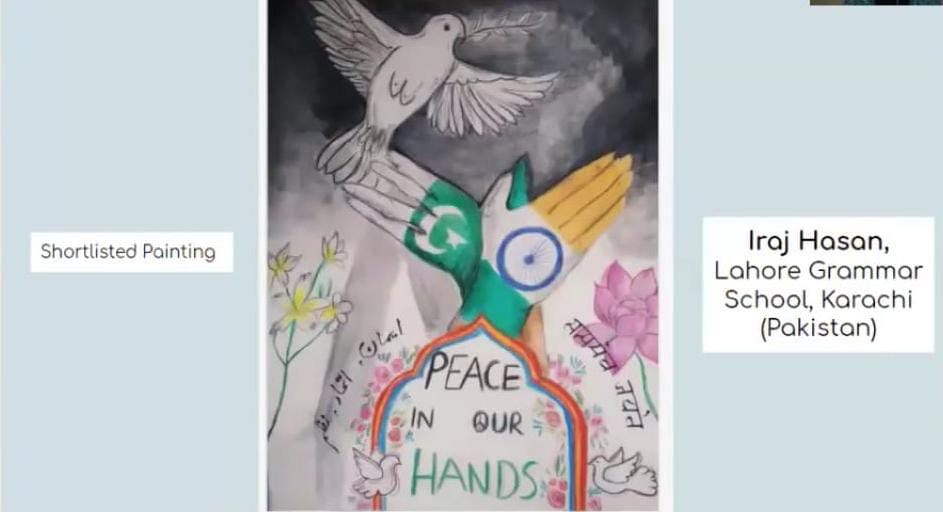 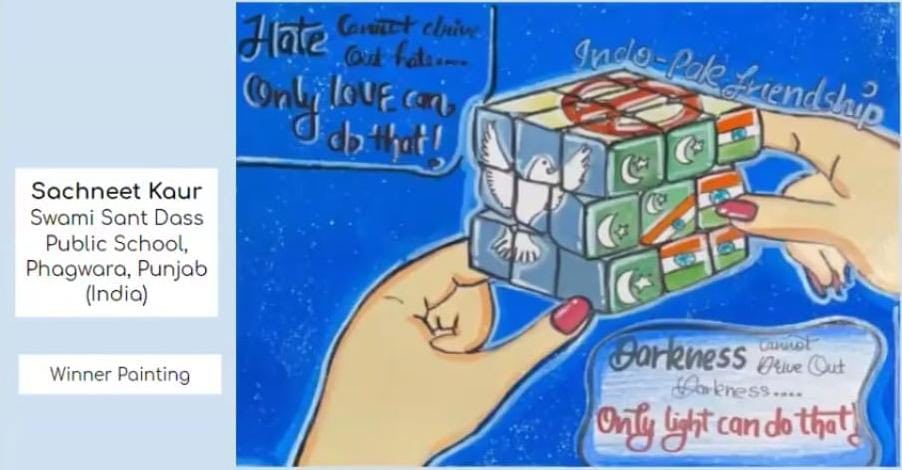