Still a long way to go in war against terror 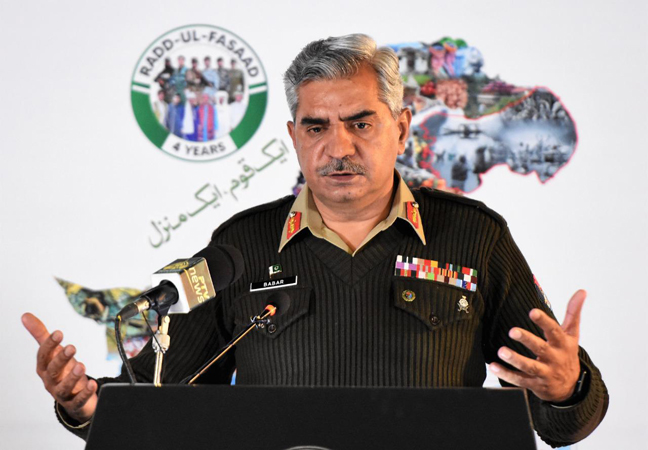 Addressing a press conference on completion of four years of Operation Radd-ul-Fasaad, which was launched on February 22, 2017 to dismantle and exterminate terrorist sleeper cells, the ISPR DG said the operation had not been area-specific rather it was launched across the country with a broader domain and implications. “Pakistan has come a long way in getting rid of extremists. The path from terrorism to tourism was very tough and tiring,” he said, adding that the areas that were once a target of terrorism had economic activity now. “We have come a long way but I must say that we have a lot of ground to be covered. We can only cover it by remaining united.”,” he added.

He said the timing of the operation was significant as terrorists had faced a crushing defeat in the tribal areas and were resorted to permeate into all walks of life from religion to business to create chaos and anarchy in the country through hostile activities. “The operation has been initiated with a strategy based on four pillars namely clear, hold, build and transfer,” he said, and added that during 2017 under clear and hold major areas were cleansed from the terrorists in the tribal districts and state’s writ was established.

The DG ISPR said around 375,000 counter-terrorism or intelligence-based operations (IBOs) were conducted with the assistance of Counter Terrorism Department (CTD), Intelligence Bureau (IB), Military Intelligence (MI), Inter-Services Intelligence (ISI) and police who played a pivotal role in its successful execution. He said over 24,000 IBOs were conducted in Punjab, over 80,000 in Sindh and many in other parts of the country. Around 5,000 threat alerts were issued whereas many of terror acts were circumvented at initial stages, he added.

“The message for this year’s Pakistan Day is ‘One Nation One Destination’, keeping in view the sacrifices, resilience and unflinching resolve of the armed forces and the nation, which are united in the fight against terrorism,” he said. “The critical component is that we have to stay the course and we will at all costs. We are alive to the developing challenges with every passing day,” he added.

To a question the ISPR DG said reports about the appointment of a new chief of the Inter-Services Intelligence (ISI) to replace Lt Gen Faiz Hamid are ‘baseless speculations’ and there is no truth to them. “There is no truth to such things. These are baseless speculations,” Maj Gen Iftikhar said when asked about reports on social media that Lt Gen Hamid was going to be replaced, possibly by former ISPR chief Lt Gen Asif Ghafoor. He clarified that appointments in the Pakistan Army, especially on the senior level, were not so “short-lived” and the tenure of the head of an institution usually lasted two years. “So this is completely baseless speculation,” he said.

To a question, Maj Gen Iftikhar said the international community had responded “very positively” to the dossier made public by Islamabad of Indian sponsorship of terrorism in Pakistan and that “it has been taken seriously at every forum.” He noted that many international organisations had lately issued statements and documents that proved that the dossier was being taken seriously.

Asked about the Financial Action Task Force (FATF) plenary beginning in which a decision about keeping or removing Pakistan from its ‘grey list’ will be taken, the DG ISPR said the watchdog worked according to a procedure. He said Pakistan had done a lot of work to meet the FATF recommendations and its progress was acknowledged at every forum. “Acknowledgement of progress is there on every forum, and will be on this forum as well. There is lobbying as well; every time we go a lobby starts working against us,” he added.

On the Afghan peace talks, the ISPR chief said the process was moving forward in a positive direction. “So far I think everyone is listening to everyone and it’s progressing in a positive direction. Yes there are hurdles in between but those hurdles have been overcome before and I am sure they will be overcome in times to come,” he emphasised. He said Pakistan had “no favourites” in the peace process. “Our only interest in the Afghan peace process is peace in Afghanistan because … peace in Pakistan is absolutely connected to peace in Afghanistan,” he added. news desk 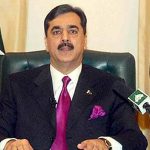 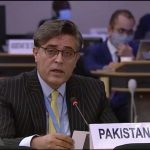