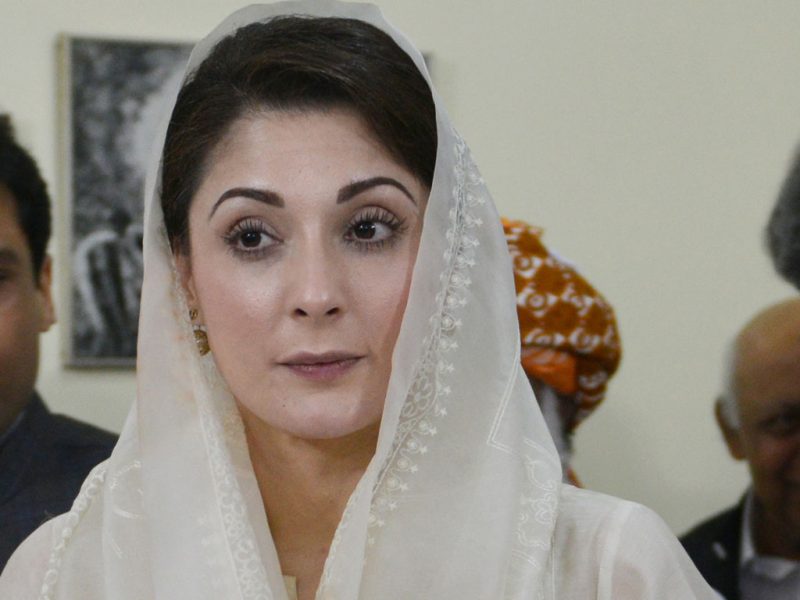 PML-N Vice President Maryam Nawaz on Saturday termed the Election Commission of Pakistan’s statement regarding NA-75 by-election a ‘charge sheet’ against the PTI government, and also demanded a re-election in the entire NA-75 constituency.

Addressing a press conference, Maryam claimed that the PTI rigged the Daska and Wazirabad by-polls because it knew that the PML-N would win by an ‘overwhelming majority’. “Their camps were empty. When they went into the field they must have seen the turnout at their own camps […] which would have made them anxious with worry,” she said, adding that the PTI resorted to firing in order to ‘create an environment of fear’ to deter PML-N supporters from voting. “There was firing, polling was slowed, people were killed and bags of votes were stolen. The ECP was looking for you, where was the Punjab government,” she asked. “Where was the chief minister, the chief secretary, the police, the IG and the administration,” she questioned, adding that she was ‘happy that the ECP was carrying out its constitutional and legal duty’.

Maryam also lashed out at the government for blaming the opposition. “The administration and the police is theirs. Just imagine how someone from the PML-N would have been treated if they had acted the same,” she said. Despite the situation, PML-N voters and supporters refused to back down and stood against the use of force, she said. “I saw a video of a woman who said she had not planned to vote for the PML-N. But after the firing and hooliganism, she said she changed her mind. So you think the people are fools but they are not. Their eyes are wide open,” she said, adding that “everyone has a mobile phone,” she added.

When they were unsuccessful in this regard, they resorted to slowing down the voting process in Daska and Wazirabad by closing down polling stations, she said. “They received internal orders […] there were long queues outside polling stations, videos of which were also shared. Have your ever heard of polling stations being closed for four to five hours? They closed the doors while their own ministers were sitting inside. What were they doing,” she questioned, adding that a minister from the ruling-PTI was also “caught red-handed”.

“When this scheme was also unsuccessful, they decided to run away with bags full of ballots,” she said, adding that this effort was thwarted by PML-N workers who were “vigilant after being beaten in the 2018 general election”. “A presiding office was caught running away with a bag of ballots in Wazirabad by party leader Ataullah Tarar and our workers. He was attempting to flee in a police car but was caught in the presence of Rangers.” she said.

She claimed that ECP officials were made to “vanish”. “No one knows where these officials went for 14 hours or where they were kept,” she maintained.